Training can propel a career in welding

If you want to be a welder, you can enroll in a community college or private career college welding program, typically called pre-employment programs or go through an apprenticeship program and then achieve Red Seal designation and CWB certification.

Both will help you learn the trade and make you a welder, but they may not help to secure a job.

That’s because from an employer’s perspective, he won’t be able to gauge the level of skill of a prospective welder, nor the welder’s broader knowledge of the trade based solely on the tickets the welder holds or the school the welder attended.

For example, CWB’s welding certification program tests welders and provides tickets after the welder passes a coupon welding test. It’s a standard that says a welder has either passed or failed a test.

“What it doesn’t tell an employer is that welder’s ability to operate in the real world, things like reading a shop drawing, machine setup, material prep and handling, plus hundreds of other individual points of knowledge specific to the trade,” explains Ian Campbell, director of marketing and new products for the CWB Group. “These are the things, beyond regulatory requirements, that make a welder employable.”

That’s where a program like Acorn comes in, says Campbell. Acorn is the first national welding program in the country that aims to standardize welding education and assessment in Canada.

“We don’t care if someone is enrolled in a pre-employment program in college or is part of an apprenticeship program. Whatever path a person takes to become a welder, the idea is that everyone learns from the same set of materials, and is assessed for job-readiness, the same way. There has never been such a program for welding in Canada and that’s why the CWB Group launched it.”

More importantly, at the end of all the training and assessment, it provides a comprehensive database of welders, adds Campbell.

“So people who want to train to become welders still have the option to obtain CWB certification because it’s a regulatory requirement but now we can test for the other skills, the real world skills welders will need in the workplace and we place the assessment information into a national data base. So if you’re looking for a welder with a specific set of skills, you can go to our web site and access this data base and pull up information on welders with the required skill sets.”

“It’s set up in a modular fashion so we can select what we need to fulfill the MTCU (Ministry of Training, Colleges and Universities) requirements. One bonus is that with each module you complete, you achieve a level of skill set and when a student gets tested under the program the results go into a database for future employers. It helps students learning to be welders to obtain a well-rounded welding education.”

Adoption of the CWB Acorn program comes at an especially opportune time for Sheridan, says Alan Reid, associate dean of the School of Skilled Trades in the Faculty of Applied Science and Technology. The school currently offers a one-year welding certificate program, but at the time of publication, the school was waiting for approval to implement a two year welding diploma.

“We’ll adjust the curriculum so that the welding techniques one year certificate program will become the first year of the two-year welding diploma program. We’ve talked to CWB for some time now and the organization has been working hard on coming up with a program that will help students achieve a welding education recognized not just nationally, but internationally too.” 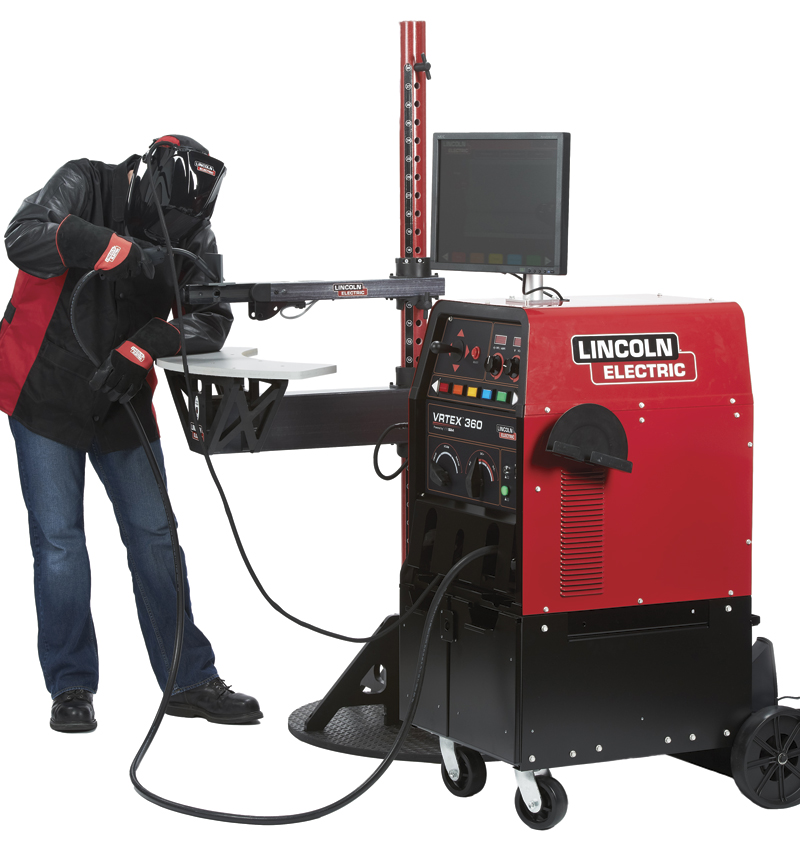 Flexibility is a key component of the Acorn program, adds Campbell. The program is available to schools offering pre-employment programs, can be used in the apprenticeship model and it’s available to companies too.

“We have a mandate, funded fully by industry, to provide industry with what industry needs, and that’s qualified welders. Companies don’t want to pay a headhunter in Newfoundland to find a welder to send to BC for testing. We have a database of everyone tested the same way so employers can, for the first time, truly compare apples to apples.”

The Canadian welder
According to industry statistics, there are approximately 22,000 welders created in Canada each year with about half of them trained in Alberta.

“From a training perspective, Alberta, to its credit, has been the only province, prior to recent times, to formalize the training of welders,” explains CWB’s Campbell. Alberta’s development of a regulated welding trade tied to a strong apprentice program has allowed Alberta to control the quality of welders in that province. In Alberta, this has worked well, but the concern, says Campbell, is that “the other half of the current pool of new Canadian welders, those outside of Alberta, are not being trained or assessed in a standardized way. Each province or even each school board is doing its own thing, pulling course material from whatever source is available, testing as they see fit.”

With the demand for welders in Alberta now in rapid decline, it means that an increasing percentage of Alberta trained journeymen and journeywomen welders will now be competing with welders from the rest of Canada for jobs outside of their home province. As such, job portability is going to be a key issue, says Campbell.

“In the historic absence of a national program, Federal initiatives such as Canada’s Red Seal Welder have been developed to attempt to bridge cross-provincial job portability and skills recognition, at least at the journeyperson level. As good as this is, the program only defines what needs to be implemented, but not what is actually implemented. This once again leaves it up to the provinces to figure out what training content is used and how welders are tested, and as a result what they need to “police” within their own borders with respect to who can work there.”

Campbell says that currently, welders who want to work outside their own province are encouraged to challenge their Red Seal and qualify for appropriate nationally recognized trades tickets (ASME, CWB, etc.). “Before seeking employment outsidetheir home province they should talk directly with industry and provincial regulators to understand the requirements under which they may be required to work.”