Fabricating and welding: the economic comeback kids in 2017

The Canadian metal fabrication and welding industry will be the economic comeback kid in 2017 because of an expected resurgence in steel processing in Canada, coupled with a depreciated dollar and an improving US economy.

Close to 300 industry leaders in the welding industry attended the event this year, a significant increase from the approximate 165 people who attended the annual event in 2012.

While many factors, such as consumer spending and job creation can drive growth for Canada, TD Bank says exports will be the key to growth in the near term, according to conference keynoter Jonathoan Bendiner, an economist with TD Bank. 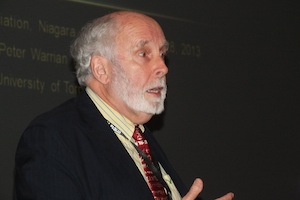 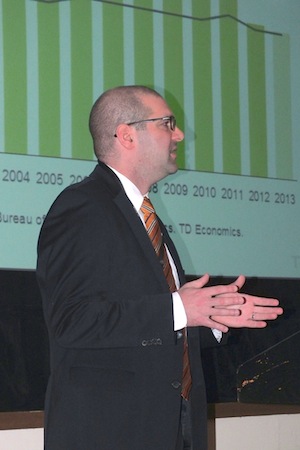 “We’re looking at exports to drive growth in Canada over the near term…as the US economy accelerates, we expect to see export growth and that will be supported by a depreciated Canadian dollar that should come in around $0.90 by the end of 2014.”

Bendiner’s economic outlook supported a second presentation that pointed to growth for the Canadian steel industry.

“The steel industry is alive and will require 35,000 to 40,000 people to fill the skills,” noted Peter Warrian, a professor with the Munk School of Global Affairs, University of Toronto. Indeed, he argues that the future looks bright for the welding industry. As China’s rise in the steel indusry begins to reverse–it recently announced it is taking out 8 billion tonnes of production–Canada’s steel processing capacity will increase.

“Canada in 2017 will have more steel processing capacity than it did in 2007 and it will need 20,000 people…where are we going to find 20,000 people in the trades, heavily weighted toward welders?”

He noted that Canada must prepare for this resurgence by focusing on improving training for skilled trades people through apprenticeships and certification of trades and through technical schools.

The two-day welding conference featured a comprehensive line-up of presentations with speakers across the country and a tabletop exhibit showcasing industry suppliers.

Next year’s conference will be a joint venture event between the CWA and the International Institute of Welding, of which CWB is a representative organization for Canada.

“The theme is welding in the artic and we’re inviting speakers from countries surrounding the Artic circle, such as Russia, Sweden, Denmark and Canada. We’re also planning to invite others that have expertise in sub zero welding environments. We have an agreement with the Vancouver Shipyards for a tour and will be in the midst of production of an icebreaker,” explains Dan Tadic, executive director of the CWA.

CanWeld Conference 2014 will be held September 23 to October 1 in Vancouver, BC. 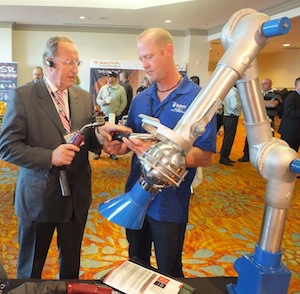 Michel Gagnon, left, president of Henlex, with Gary O’Brien, a welding instructor with the Saskatchewan Institute of Applied Science and Technology (SIAST).