BC high schools with welding programs are getting a $300,000 boost after the Canadian Welding Association Foundation (CWA Foundation) announced it’s expanding secondary school welding and education support programs across the province because of a donation from the Dennis and Phyllis Washington Foundation in conjunction with Seaspan, an association of Canadian companies in the coastal marine transportation and shipbuilding sectors.

The CWA Foundation will receive $300,000 over three years, commencing in 2016 and concluding in 2018 that will directly support welding at the grassroots level in British Columbia. High school districts in North Vancouver, Victoria, Sooke and Saanich will receive financial assistance for new welding equipment and teacher professional development.

“Providing students with a positive and safe welding experience at the high school level will help ensure the continuation of welding at the post-secondary level and then as a career choice,” says Deborah Mates, Executive Director of the CWA Foundation. “This generous donation from the Dennis and Phyllis Washington Foundation in conjunction with Seaspan, will enhance welding programs at the high school level in British Columbia, with the hopes that these welding professionals will come right back to Seaspan to begin their welding journey.”

The donation is part of a $2.4 million investment from the Dennis and Phyllis Washington Foundation to support the growth of BC’s marine industrial sector. 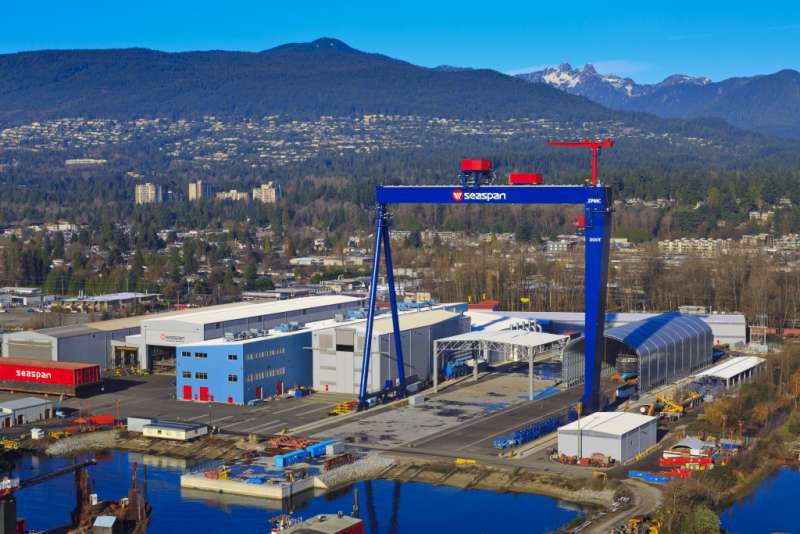 This commitment follows on the heels of an earlier commitment of $2 million by Seaspan to support training and research for naval architecture and marine engineering programs at the University of British Columbia.

“Seaspan is thrilled to honour four community and industry partners that are helping us develop and grow a shipbuilding and ship repair centre of excellence in British Columbia,” says Jonathan Whitworth, Seaspan’s CEO. “This commitment demonstrates an unwavering investment in attracting, training and retaining the labour force and expertise we need to deliver on our NSS commitments.”

The Dennis and Phyllis Washington Foundation’s charitable donations are among the organization’s largest direct donations of their kind in Canada.

“Giving people the tools they need to succeed in life is a primary goal of the Foundation and the partnership with Seaspan to promote access to state of the art training in the trades is directly aligned with the mission and goals of the Foundation,” says Mike Halligan, executive director of the Dennis and Phyllis Washington Foundation.