Quality Gauging: Get in line

Assessing the best gauges for your inline measurement system

What’s the best inline gauging system for your needs? The answer isn’t simple, because there are numerous gauge types that address multiple processes. The important thing is to have an evaluation to ensure that you are using an instrument with the right capabilities.

“If a customer wants 100 per cent inspection of a critical outside diameter, then a laser micrometer may suit the need,” says Peter Detmers, VP sales, at Mitutoyo Canada. “If that same customer needs the diameter, plus the form, plus the position relative to a complex part geometry, then that may be better suited to a coordinate measuring machines or vision systems.”

Automated inline gauging systems can add flexibility, but there is a cost associated with this. Much depends on whether you are looking at a system to measure a part, a family of parts, or many different parts. It also depends on the level of automation,

“We have worked with clients who had a manual gauging process, and we were able to reduce that by over fifty percent,” says Detmers. “When considering the increased throughput and measurement capability, the improved accuracy and repeatability, and the ability to reduce the labour component, the customer will save greatly.”

Some of the savings may be intrinsic, such as improved accuracy and repeatability. Or, ROI can be measured through increased orders from better performance. Gauging can also provide better, more reliable data, leading to money-saving process improvements. And, importantly, inline systems can tackle big jobs.

“For the most part, inline gauge systems can handle the workload,” says Jose R. Torres, a software engineer with Carl Zeiss Industrial Metrology. “Productivity is rising fast, as are design cycles. The potential hindrance in is tooling and fixturing, and not the gauge itself, since programming a feature from part to part is relatively the same.” 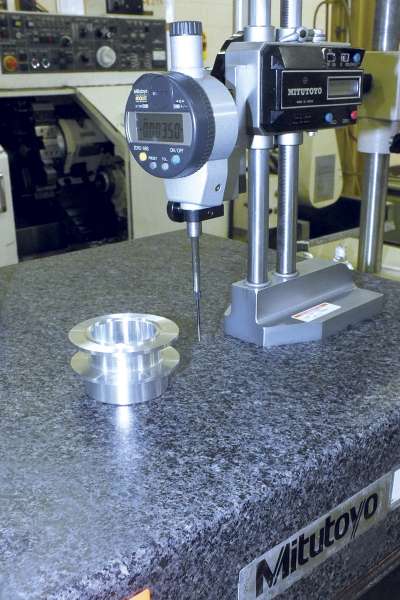 orres says that large automotive and household appliance companies tend to be on top of the overhead costs of their gauges. It’s the medium to small production companies that are struggling with the concept.

“The major issue is that there are no certain, straightforward ways to calculate these costs,” he says. “It all depends what savings you are trying to attain with automation. Are you trying to eliminate rejects or rework, or are you trying to replace manual inspection and increase workflow efficiency? All these paradigms have slightly different ROI calculations.”

Which means that before you consider moving to an inline gauging system, you better do your homework. Given that one of the greatest advantages is flexibility, there is opportunity to find value in areas that are independent of the operator, often with differing geometries.

“Inline gauging with one-dimensional (1D) probes is operator independent, allowing large batches to be measured without experience factoring into the result,” says Lee Kirtlink, senior channel marketing manager at Hexagon Metrology. “An 1D probing fixture is specifically designed to measure parts with identical dimensions or very similar geometry. But it can also be true for two or three series of parts, where one characteristic is slightly different. Using 1D probes has a tremendous advantage in this situation, because sub-micron precision is possible, along with 100 per cent control of all parts.” 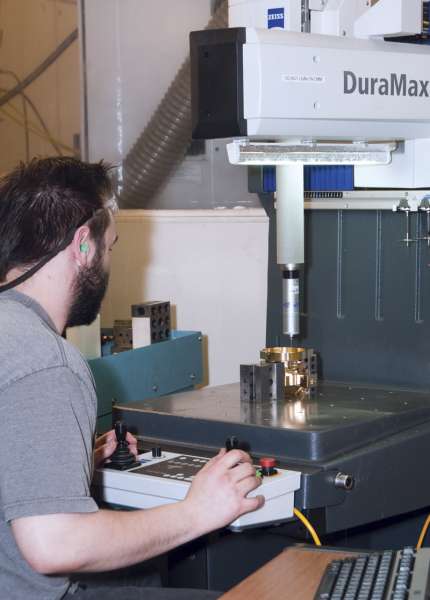 One of the big advantages with inline gauging comes with temperature measurement and control. Most manufacturers are specific about not just the range of temperature, but also how great the change can be. If your environment falls outside the limits, then some errors are to be expected.

“Many instruments used for inline gauging have temperature sensors with compensation systems,” says Detmers from Mitutoyo. “All of these systems need careful review, because they have limitations to the gradient change over time, and to their effectiveness.”

Small and medium-sized businesses being targeted for cyber attacks

INSIDE THE NUMBERS: Are Canadian metalworkers changing their equipment investment plans?