The Problem: Breaking the machine shop status quo without breaking the bank

The Solution: A universal machining centre

Keith Clausen, part owner of the newly formed Clarus Microtech Inc. in Surrey, BC, says a lot of people are shaking their heads over his and a business partner’s recent decision to purchase a five axis machining centre from Haas. “Some folks think we’re skipping steps,” laughs Clausen. “Everyone knows; shops are supposed to follow a path. They buy their first entry level machine tool, move up to a couple of production machines, and only then make the big technology leap. We just took a little shortcut.”

He’s talking about the jump from a pair of 16-year-old Haas Mini Mills to a Haas UMC-750SS universal five axis machining centre, a machine with twice the work envelope, four times the tools, and six times the price tag of the shop’s starter CNCs. One of those Y2K era machines came from Clausen’s former shop, Solid Code Solutions, the other from one-time customer Implant Mechanix, owned by partner Marcus Carius. Both machines now sit side by side in the company’s 2,300 sq ft (213 sq m) facility, still operational but admittedly dwarfed by the capabilities of their far more capable counterpart.

Of course, those aren’t the only machines on the shop floor. Clarus Microtech is known for its eclectic customer mix and diverse talents in design, consulting, and manufacturing, and the company’s equipment list reflects its wide ranging capabilities—sinker and wire EDM, the most recent a five-year-old Chmer WEDM with rotary axis. A Defiance VTX1 benchtop milling machine, a live-tool equipped Prodigy CNC lathe with C axis, surface, tool, and cylindrical grinders, Monarch 10EE engine lathe, and even a glove box-sized laser micro welding unit from Rofin Baasel, able to process welds with wire diameters down to 0.127 mm (0.005 in. ). 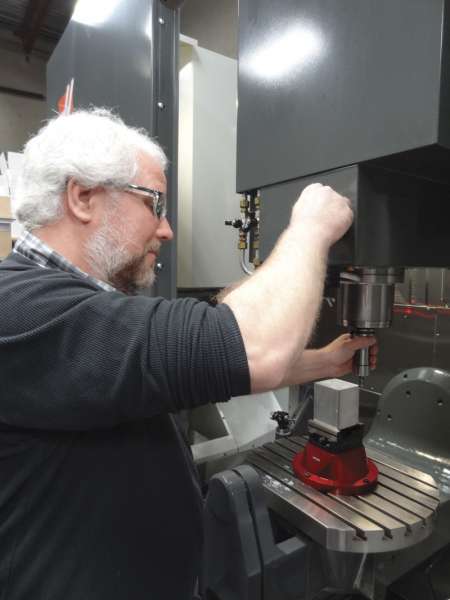 A good chunk of Clarus Microtech’s business is in injection mouldmaking, as well as mould repair and restoration, but a growing proportion is the machining of complex parts, especially ones with 3D surfaces and those requiring multiple precise setups. There’s also a fair amount of general toolmaking, problem solving, and mechanical design work. Part sizes range from macro to micro, although most are small enough to fit in one’s hand, with lot sizes from a single piece to 1000 or more. Many of their parts are used in the telecommunications, military, and fire safety industries, although there’s a definite leaning towards scientific and medical components (Carius spent seven years as a dentist before returning to his real passion, toolmaking). One notable project made the shortlist in the 2015 Medical Design Excellence Awards (MDEA), a series of tools used for precisely sectioning tissue specimens in suspected cancer patients. They’ve even made titanium dental implants for members of the K9 team (the dogs, not their handlers)

Between the two owners, they have more than 60 years of experience, and Carius refers to the team as two European toolmakers, going crazy. And while it’s true the toolmaking duo wear a lot of hats, as do most small business owners, their love of solving difficult problems for their customers is apparent.

A mouldmaker by trade, Clausen never thought he’d one day be a Haas owner.

“I’d seen them in shows over the years and talked to other people, but never ran one. There was a certain mindset back then in the mouldmaking industry against lower cost equipment. I’ve since gained a lot of respect for the brand.”

That respect became evident when the team agreed to basically double the shop’s total investment in capital equipment. They contacted the Haas Factory Outlet in nearby Richmond, BC, a division of Thomas Skinner & Son Ltd., to order the new Haas in the spring of 2015. The machine arrived shortly after Canada Day, the first of its kind to be installed in Canada. Prior to its arrival, Clarus contracted a local firm to cut away a large section of the floor and replace it with a reinforced concrete pad, “in order to give her the best footing possible.”

Some would balk at the learning curve associated with five axis machining, but Clausen has a leg up on most in the industry–he worked as an applications and support engineer for HSMWorks, a CAM solution with tight integration to SolidWorks, Autodesk Inventor, and Fusion 360, and is an expert on these and other CAD/CAM platforms. “I’m proud to have been part of that product’s development from its early stages,” says Clausen. “Today it is one of the fastest growing CAM solutions in the world.” 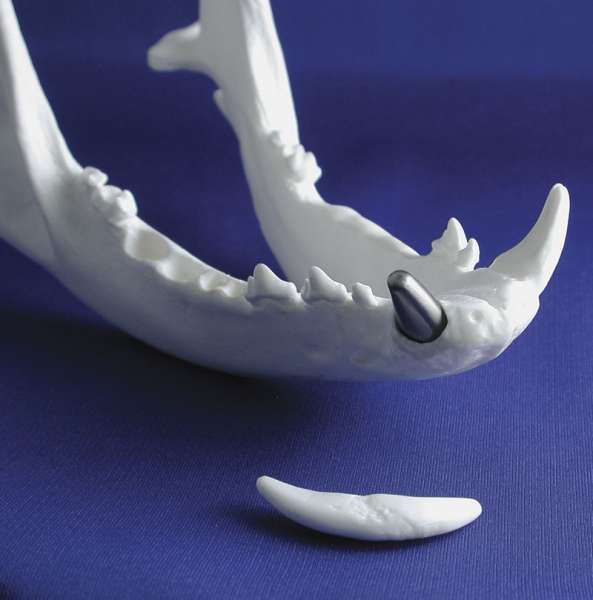 In fact, that’s how Clausen and Carius met, as Implant Mechanix was introduced to the power of HSMWorks on a set of complex parts he subcontracted to Solid Code, giving the two the opportunity to work together and eventually become close friends. “We found over the years we have very similar mind sets, and different but complementary skill sets in manufacturing. It made a lot of sense for us to join the two companies together.”

Both agree they are pleased with the performance of the new machine. Its 762 mm x 508 mm x 610 mm (30 in. x 20 in. x 20 in.) work envelope, 40+1 side mount tool changer, and 30 hp, 15,000 rpm 40-taper direct drive spindle has opened a number of doors for the small company. “There are so many shops out there with three axis vertical machining centres (VMC), we knew it was necessary to up the ante if we were to differentiate ourselves from the pack, and continue our history of high quality part production. With the five axis, I can still approach parts just as I would with a VMC, but now have the ability to reduce the number of times needed to fixture a part. And because I can machine in different orientations in one handling, relative accuracy is much improved, and overall time spent handling the part greatly reduced. Having a more efficient and accurate milling process pays dividends not just in time but also gives us a more competitive stance with the customer.”

Clausen recalls a recent part machined on one of the company’s Mini Mills, a plasma injector housing for a US power company. The 3D metal sintered part was worth tens of thousands of dollars to the customer by the time it arrived in Clausen’s hands, who was charged with milling the periphery and machining some ports. “It took us 2-1/2 weeks to complete the job. I’m confident we would have done it in a couple days on the five axis. That’s what these machines can do for you. It’s a big deal for us.” SMT