Additive manufacturing is still relatively new, but will it usher in a new Industrial Revolution?

Additive manufacturing (AM), or 3D printing, has been called a “Third Industrial Revolution.” The technology is the mirror image of subtractive machining, and it’s capable of producing extraordinarily complex, lightweight parts that are beyond the capability of traditional machining methods.

Although AM is an emerging technology, still struggling to overcome its limitations and not adequately understood by potential users, the possibilities are exciting enough to generate news headlines now and then. One huge AM story in 2016 was General Electric’s US$599 million acquisition of a 75 per cent stake in German firm Concept Laser.

The acquisition of a major laser powder bed additive manufacturer delivered to GE a mature additive operation that caters to the markets that have been quickest to adopt AM, notably aerospace, automotive and medical/dental. It also added market muscle to GE’s own US$1.5 billion AM research program.

Concept Laser has developed a “Factory of Tomorrow” concept that represents additive manufacturing’s take on Industry 4.0. It combines digitally networked machines, process automation, and integration into the production environment. Ultimately the actual 3D printing could be done on a distributed basis, with regional printing centres producing parts anywhere in the world.

A 3DPrint.com news story quoted Additive Manufacturing Research (AMR) lead analyst Scott Dunham on the acquisition: “I believe that Concept Laser’s ‘Factory of Tomorrow’ concept is going to significantly impact the overall laser powder bed fusion market. It will be very interesting to see what type of integration of this concept that GE will be able to achieve in their various business units. Having development of the concept coupled with major user environments at a close level should yield rapid potential change in the market.” 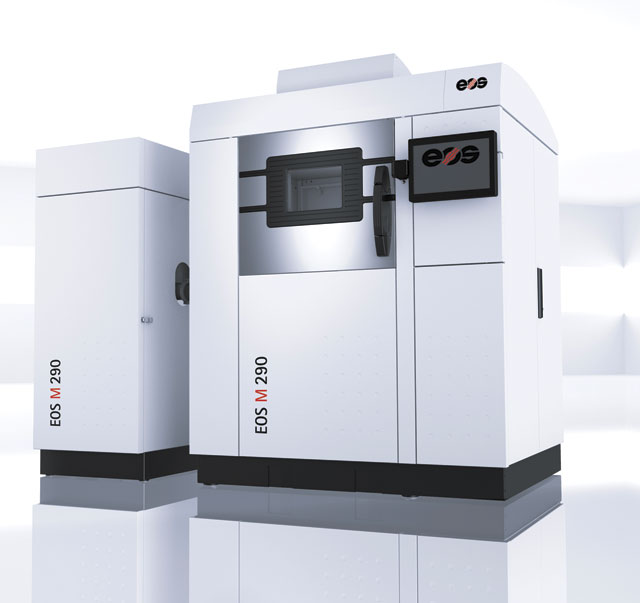 But AM’s potential benefits–and its limitations –still aren’t fully grasped outside a relatively small circle of experts and practitioners. Given the cost of equipment, the lack of trained personnel and the fact that AM requires nothing less than a paradigm shift on the engineering and design side, small and midsized operations normally have to look to ‘hothouse’ AM solution centres to help them get their feet wet.

That explains the demand for facilities like Renishaw Canada’s Solutions Centre (see Renishaw sidebar next page)–and for the Concord, ON additive operation set up at the beginning of 2016 by Additive Metal Manufacturing (AMM).

The M 290 is the current “workhorse” in the metal additive field, says Nigel Southway, one of AMM’s founders and the company’s VP of Engineering. AMM plans to triple its capabilities within three years, providing 150,000 hours of additive metal processing capacity annually.

“We have a very strong relationship with EOS,” Southway says. “They consider us almost a showroom for them; people in the industry go to trade shows, and decide they want to buy a machine… and then they see the price is $1.2 million and they decide they’re not ready.” That’s when they look to AMM to help them explore additive manufacturing. 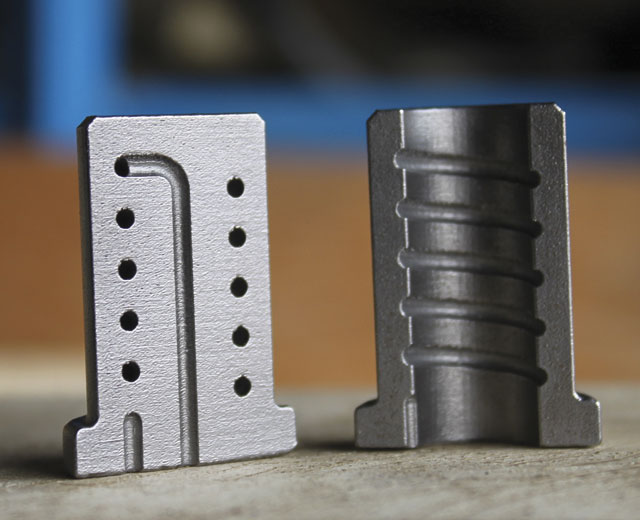 Because experienced AM operators and design engineers are still thin on the ground, AMM has reached into academia, hiring McMaster University and Sheridan College grads to build an engineering operation from scratch.

“We’re basically considered to be advanced practitioners in the industry,” Southway says. Interest has been expressed by players in automotive, electronics, defence and aerospace.

“Obviously additive isn’t a volume solution, so we’re making prototypes and specialty features for new products,” Southway says. “They may eventually be cast or machined in a different manner, but we can certainly provide the rapid prototyping.”

The company also does a lot of tool making, Southway says. “We can harden steel to 55 Rockwell, which is great for tool making.” And AMM makes tooling for plastics, “bridging the gap” between metal AM and the plastics supply chain.

Lighter, more complex parts
The fact that additive manufacturing produces lightweight components has made it especially attractive to aerospace customers like GE. “The industry has focused on aluminum and titanium for their lightness, but when you look at the capability of additive, sometimes you can go back to using steel, because we can make the parts so much lighter,” Southway says. “I tell designers not to pick the material, but to design the part first and we’ll pick the material afterwards.”

This is where a design paradigm shift is required. “When designers look at a part they always think about how it’s going to be machined or fabricated. But they have to forget all that. They have to build the material around what they want it to do, rather than starting with a block of steel and chopping material away. It gives the designer more freedom, but they have to learn how to use it.” 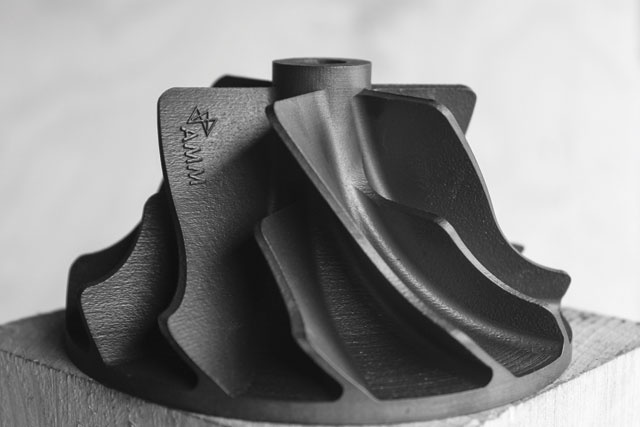 It’s more than a matter of taking a design made for traditional subtractive machining and just making it with additive processes instead. “You can’t take an old design that was made in subtractive and make money with it
or make it useful to you in additive,” Southway says. “You have to redesign the part to suit the additive environment.”

Additive comes into its own when complex shapes and features are required. “You’re not going to use additive to produce a big block of metal with two holes in it. But if you have something that has spider webs and is hollow and has all kinds of interior features–curves and channels and hexagonal holes and so on–then yes, we’ll do it for you.”

Additive manufacturing also faces limitations of scale. “To simplify it a bit, the size limit right now is about one cubic foot,” Southway says. Machines now in development promise to double that envelope, and other advances in powder bed technology, married with other techniques, may increase the build area substantially (see Wolf Robotics sidebar page 20). 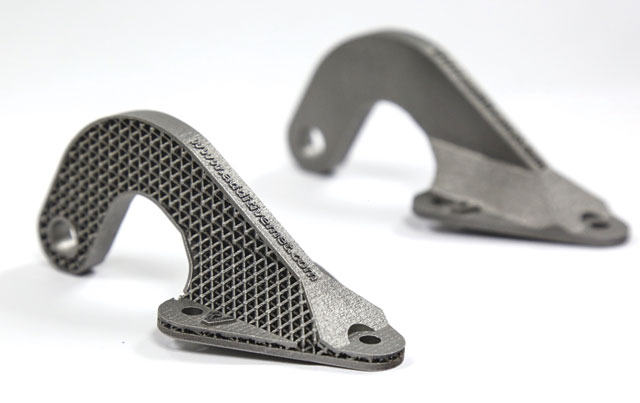 Scale aside, powder bed fusion is a good choice for its high degree of control over dimensional integrity. Other technologies tend to sacrifice some accuracy. “In principle the parts are still relatively small if you want that accuracy, and they can be bigger if accuracy isn’t as important,” Southway says.

Surface finish is another front that additive manufacturers continue to work on. As Southway notes, an additive-produced part has the surface look and feel of a cast part, not a machined one. For surface finish, added machining is required after production. In AMM’s case, shot peening is employed after the additive work is finished. Shot peening is especially well suited to critical aerospace components as it replaces tensile stress, a leading factor in metal fatigue, with fatigue-resistant compressive stress.

A Third Industrial Revolution? Additive manufacturing has the potential. But it’s not going to be a panacea.

“Additive manufacturing will take time to figure out, but it won’t replace machining anytime soon,” Southway says. “AM adds another element to the designer’s tool kit. It’s going to get integrated into the manufacturing supply chain, and we hope to be part of that.” SMT