More than 300 manufacturers and close to 200 high school students attended a Mazak Canada automation event in November at the company’s Cambridge, ON, facility. 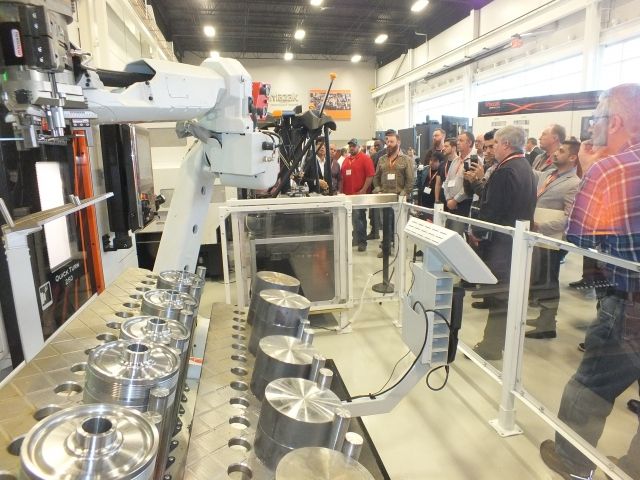 Ray Buxton, general manager of Mazak Canada, says the event was designed to address the issue of a skilled labour shortage.

“Biggest issues that customers tell us about is that they can’t get people. There are two ways we can address that as a supplier; we can educate them on productivity enhancing techniques within the machines and we can show the automation techniques within our automation offerings available for existing equipment or with new equipment with built-in automation.” 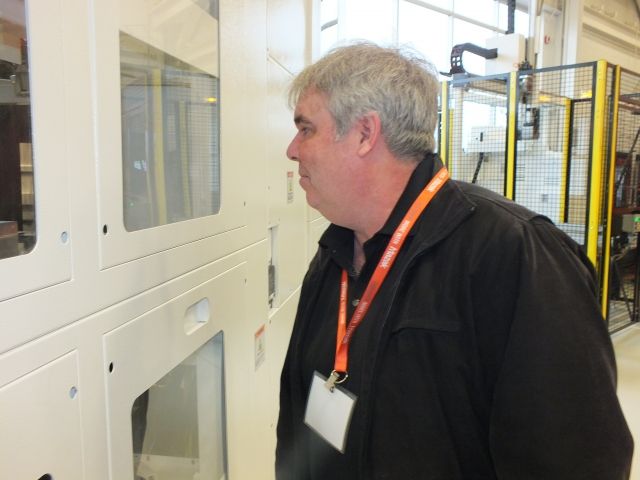 For attendee John O’Brien, engineering supervisor with Rice Tool & Manufacturing, it was an opportunity to learn more about Mazak’s automation offerings.

“We already have a five axis mill-turn Mazak machine that we use for machining our fixtures. The machine is unreal; without it we wouldn’t be able to do the stuff we do in our shop. But we’re a growing company and the volume of parts that we have taken on with our customers dictates that we consider automation. We’re looking at robots for loading/unloading parts and automation for transferring parts from one machine to another.” 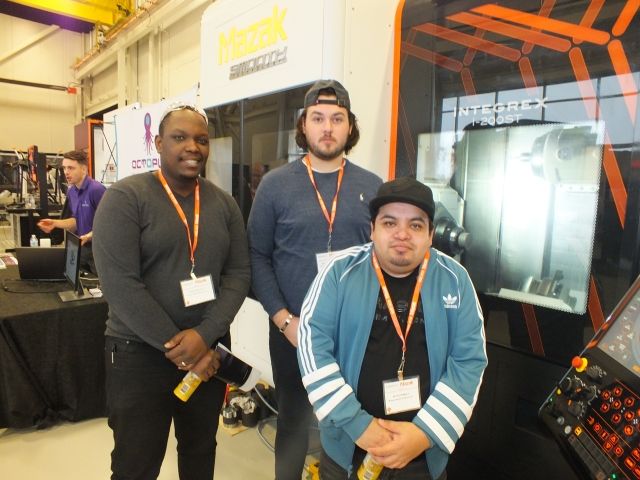 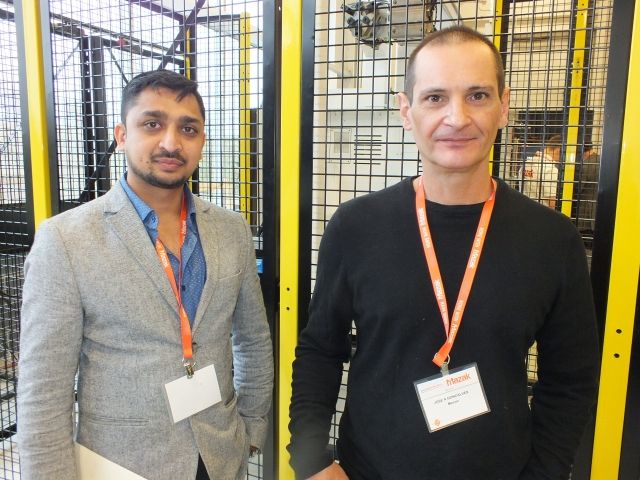 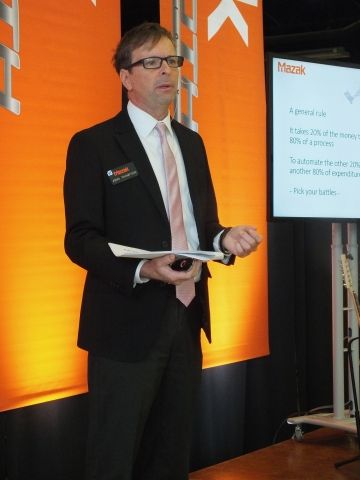 Some of the automation solutions on display included RoboJob, a plug and play robotic handling system equipped on a Mazak Quick Turn 250 turning centre supported by automated inline inspection with the Renishaw Equator 500, and a demonstration of a Fanuc CR35 collaborative, fenceless robot working with a Mazak VCN530 VMC. 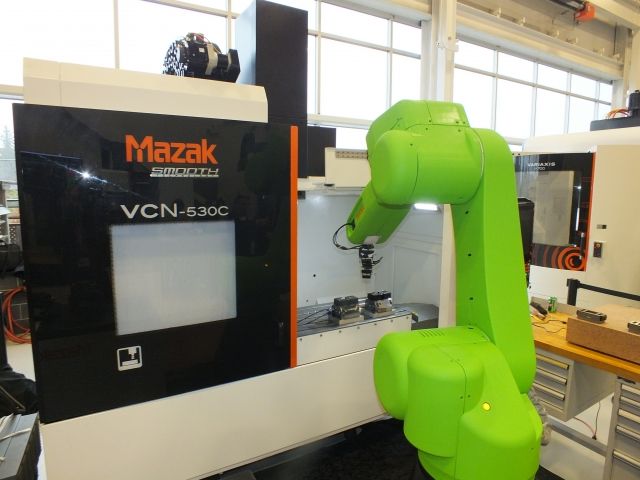 The presentations included one entitled “The Dollars and Cents of Automation.” Speaker John Thompson, a sales representative with Mazak Canada, highlighted the different ways to automate and the ROI of automation. Mike Buxton of Mazak spoke about pallet-based automation and how it can improve spindle time in cut by up to 90 per cent.

While Buxton says the event was a huge success—the company closed millions of dollars worth of business including the sale of two machines on the floor—an important success factor was student day. Buxton, who is a passionate proponent of providing opportunities for youth to learn skilled trades and enter the industry, says he was happy with the response from high schools and the attendance of close to 200 students.

“We have to show leadership in this industry and as part of that at Mazak, it’s about putting on these events to give students an opportunity to see what the varied jobs the manufacturing industry offers and to dispel the myths many have about this industry.”

See more highlights about the event and Renishaw’s participation in this video.