During the past two decades, Jean Marin and partner Claude Papis co-built GMW Group, a growing job shop that produces parts for telecom, medical, food, shelving and other OEM manufacturers. They invested millions of dollars in cutting, punching and bending equipment. But it was only after the company acquired a larger building that Marin fully grasped how big a difference a comfortable working environment can make.

“We operated for years in increasingly tight premises and knew we needed more space,” says Marin, an accountant by training, who got his initial exposure to the industry while working as a consultant. “But it was only after we moved that we realized the full effect this had on productivity, client acquisition and retention and overall employee job satisfaction.”

GMW Group chose the Montreal facility for its features. These include its 5,574 sq m (60,000 sq ft) of plant space and 1,486 sq m (16,000 sq ft) of offices. Location was also a factor. Marin arranged the transfer of operations into the new building gradually, in part, to enable suppliers, customers and employees to adjust. “We looked at another place in Laval, but our people would have had to travel farther to get to work and I was worried that we might lose some,” says Marin. “By choosing the western part of the island, we were able to bring them all along. That was a big plus.”

The biggest productivity gains stemmed from the more fluid working environment the larger facility allows. “The parts flow smoothly through the production process, rather than back and forth to machines spread out all over the factory,” says Marin. “The work atmosphere is far better too. Employees aren’t bumping into each other all the time and the aisles are no longer blocked with skids.”

Larger warehouse facilities also enable GMW Group to stock a bigger variety of raw materials in greater quantities. That saves employees time in the inventory ordering, storage and retrieval processes, and enables the company to take better advantage of volume discounts. The building’s large warehouse also helped GMW Group on the service front. That’s particularly true with regard to one client, which asks Marin to store up to two months’ worth of finished goods for it, as part of a Quick Ship Program. This would have been far harder to do in tighter quarters. 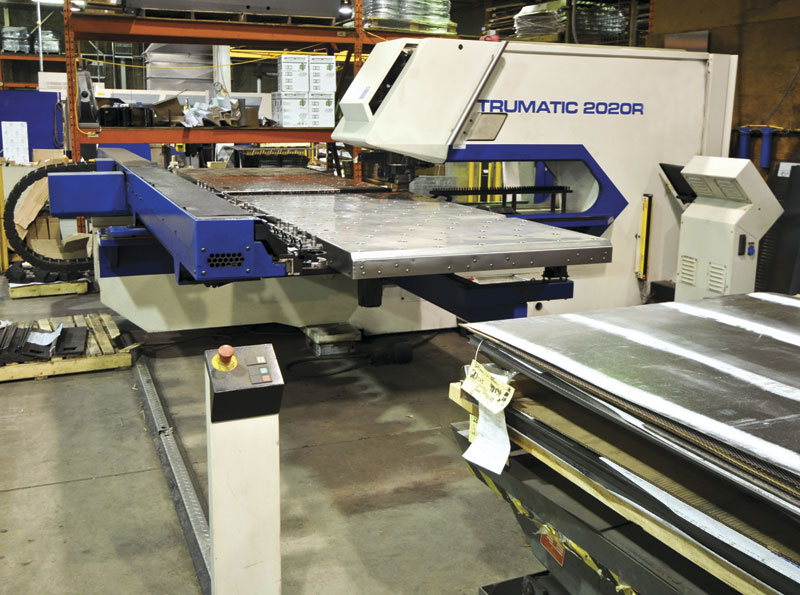 Another surprising benefit of GMW Group’s new location, in the industrial park of Baie D’Urfe, has been the prestige it brings. “Recruiting new employees and clients is much easier,” says Marin. “We have attracted at least 30 so far this year. Our old Lachine plant was in a grubbier neighbourhood. Although we are the same company, the fact that the new locale looks so nice makes people more comfortable. That is especially true of larger clients, who tend to be used to visiting attractive facilities.”

That said, not all of the benefits of operating in a larger facility are quantifiable, says Marin, who has noticed increased employee satisfaction, since the acquisition. This he attributes in part to things such as the higher ceilings in the new building, which allow better air circulation, the large parking facilities on the new lot, which solve a long-time issue in the old facility and the fact that the new building is equipped with a cafeteria, which the old place lacked.

Purchasing the building also has an additional benefit on the financial front: the company no longer has to pay rent, and over time, can build up substantial equity in the facility, upon which it can later borrow funds if it needs additional financing.

Despite the strong momentum, Marin is far from satisfied.

“Our sector is getting crowded. People say that the cheap Canadian dollar is supposed to help, but we haven’t seen it,” says Marin. “We export about 20 per cent of our business and most of our other customers also export–so we should know. But in almost all cases, while we get more money when the US dollar is converted back to Canadian funds, our volumes haven’t changed.”

Marin’s focus during the coming year will remain on figuring out how to add value to existing customer relationships. One possible step includes adding powder painting and enhanced robotics welding cell capabilities. Another issue in the back of Marin’s mind will be providing guidance to Charles-Edouard, his 17-year old son, who has been working in the warehouse during his summer holidays. That said, Jean Marin completed his CA/CPA studies before joining the workforce for good. If his son wants to do the same, he could be in that warehouse for a few more years. SMT