Dr. Masahiko Mori, president of Mori Seiki Co. Ltd. and a member of the Supervisory Board of Gildemeister AG, says the new factory is a resource for manufacturers seeking horizontal machining centres, and also serves as a collaborative partner for general manufacturing concerns, such as factory automation.

In addition to a ceremonial ribbon cutting, behind-the-scenes tours of the factory gave a glimpse inside the $50 million state-of-the-art facility.

The large machining area is equipped with two Toshiba MPC-B Series five-face, high performance machines. With capacity for up to 180 tools and up to 44,092 lb (20,000 kg), this Toshiba cell controlled by DTL’s own LPS III software is able to produce large NHX Series castings, which are then cleaned by air blow robots. 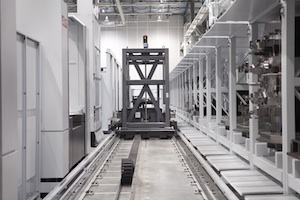 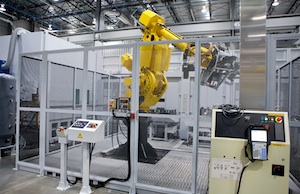 The castings used in NHX production at the Davis campus come from the same foundry as the NHX machines produced at factories in Japan. Over forty per cent of the machine components are produced domestically, with spindles and ball screws being imported from Mori Seiki Japan. Domestic content will continue to be increased in the future, as additional suppliers are secured.

To maintain economic and environmental standards, the factory performs dry and minimum quantity lubricant (MQL) machining only, with chip evacuation by vacuum, in a temperature controlled facility. Production started in July of 2012 and current capacity is 80 units per month.

The NHX4000 horizontal machining centre is ideal for the machining of workpieces of up to 24.8 in. by 35.4 in. (629 mm x 900 mm), with a loading capacity of up to 880 lb (400 kg). Through an in?depth analysis of current market needs, Mori Seiki has improved the already high level of performance of the NH Series. The NHX4000 offers cutting capacity equivalent to the previous NH model, with improved features for greater productivity and efficiency. 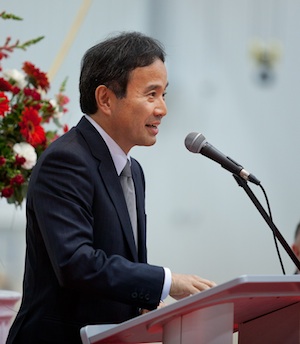