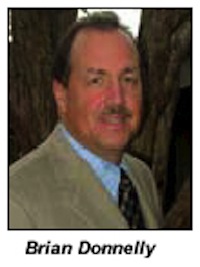 Donnelly joined the company in 1987 and was responsible for sales in Southwestern Ontario. In 1999, he became sales manager, taking over as vice president in 2004. In 2007, he became a partner in the business.

He served as a director on the Canadian Machine Tool Distributors’ Association’s Board of Directors from 2005 until 2012. He served as president of the CMTDA from 2009 to 2011.