Anchor Danly finds the gold in the automotive market

On the automotive front, Anchor Danly provides metal fabrication for press lines operated by Tier 1 automotive suppliers and the carmakers themselves. The company is North America’s largest supplier of die sets and die and mould components as well as machined and ground steel plate to the Tier 1s. And since the Tier 1s stopped building their own tools, Anchor Danly has derived more and more of its business from the tool and mould shops that they now rely on.

The automotive business is among the most globally distributed, and is well known for a high proportion of outsourcing of tool manufacture to low-cost countries, especially in Asia. “We deal with a lot of the Tier 1s, but not so much directly as through the tools shops they use,” says Paul Brisebois, executive vice president, sales and general manager, Die Sets & Plate. “What makes it hard in this market is the outsourcing to the low-cost countries. That puts a lot of pressure on us to be very competitive, so we can help make our customers competitive. It’s a very cost-driven market.” 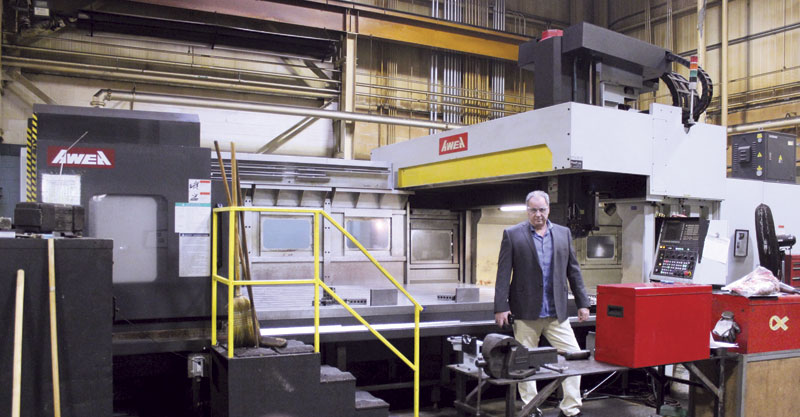 As outsourcing matured as a business model, the inevitable backlash has touted the benefits of “reshoring,” which involved bringing North American operations that were outsourced overseas to low-cost countries back to North America as quality issues arose and as a globally extended supply chain seemed increasingly vulnerable. But Brisebois doesn’t think it’s quite as cut and dried as that. “There’s been some reshoring, but although there’s been a lot of talk I don’t think a lot of it has materialized. And it’s been more US-bound anyway, because a lot of the original outsourcing was from US-based OEMs.”

As Brisebois relates, Anchor Danly focuses on devising new approaches to doing business in order to reduce its own costs and pass the savings on to its customer base. A case in point is a number of new investments made over the last few years to acquire a series of new large CNC machining centres at several locations across North America, including two AWEA machines at Anchor Danly in Cambridge, ON. The machines were purchased through machine tool distributor Megatel Inc. And Brisebois says Anchor Danly has ordered a large capacity surface grinder from Megatel that will be installed at the company’s Windsor, ON, plant later this year. The company has also upgraded existing equipment with new controllers, to
increase speed and accuracy.

One advantage of the new machining centres is that Anchor Danly can now use quick change plates. “One of the things we looked at with the vertical machining was being able to do more machining in a single setup,” says Carl Power, general manager of Anchor Danly’s metal fabrication plants in Tillbury and Windsor, ON. “Historically, a job might have to be set up three or four times with a horizontal setup. Now we can do most of the job in one shot. It takes a lot of time out of the equation.”

The quick change plates allow for much faster transition between jobs. “When one job’s running you can be setting up another job on the plate,” says Brisebois. “So you pull one plate out, and you don’t have to reset your job–just set the new plate in and you’re ready to go.” Spindle speeds and feeds have also been increased.

One way Anchor Danly and other players in the automotive supply chain are able to find added efficiencies is by partnering with suppliers. “We work with a number of suppliers,” Brisebois says. “We’re always sampling new cutting tools to get the job done quicker and with more precision. The tools now are so advanced, and they’re always improving.”

In recent years the cost pressure on the tooling industry in North America has only intensified, and many of Anchor Danly’s competitors have gone out of business or consolidated as a result. But that hasn’t made things any easier. “There are lots of small competitors, and they take bites of business here and there,” Brisebois says. “As we improve our cost structure, some of these competitors fall by the wayside, but when one goes down another one comes along.” 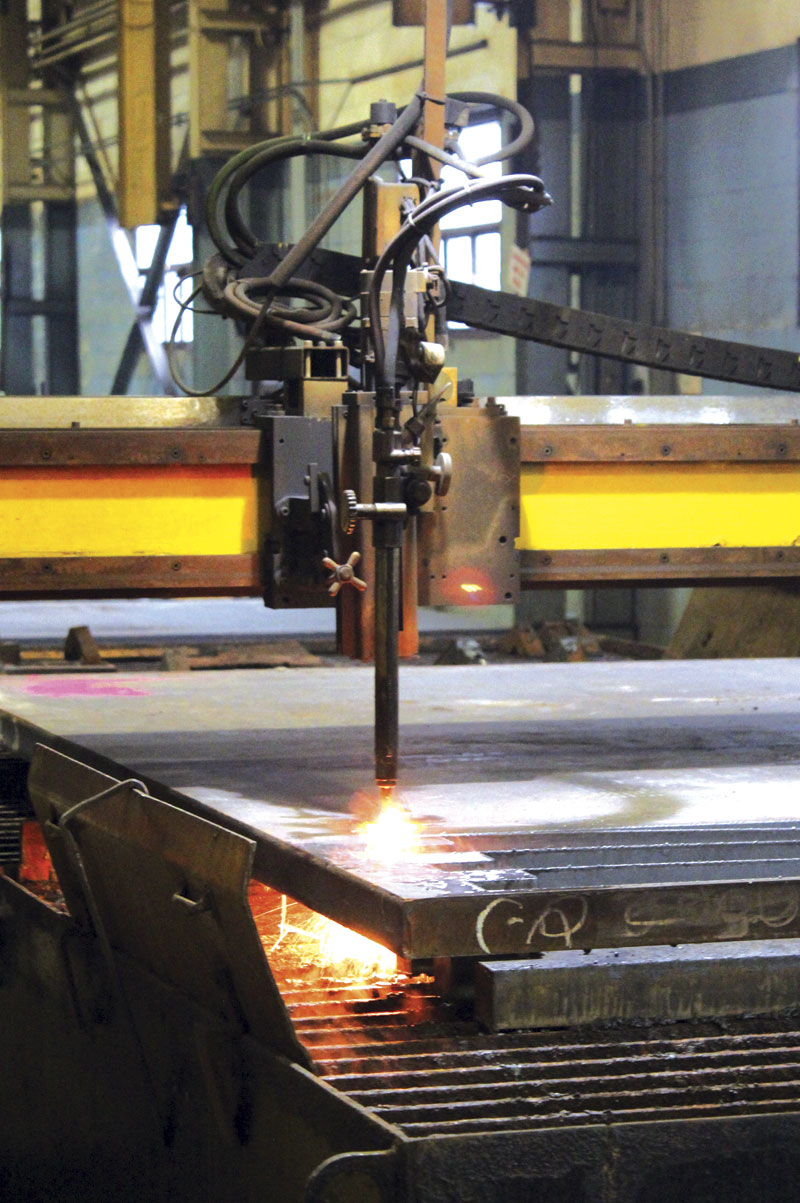 Anchor Danly’s response to cost pressures has been only partly technology-based, but it’s not the whole story. “It’s a competitive field and margins are very tight,” Brisebois says. “Sure technology is important, but it’s hard to justify the investment in uncertain times. Margins are so tight in this business, the profit is hardly there to justify your ROI. In a way you’re damned if you do, damned if you don’t.”

So Anchor Danly carries on the productivity battle on other fronts as well. The human skills are especially crucial. Many talented toolmakers left the field during the 2008 economic downturn, and many more are now nearing retirement age. Good talent is hard to find, and apprenticeship programs are struggling to keep up. That means that companies like Anchor Danly have to pay attention to internal skills development.

“We have people here who are doing night courses,” Brisebois says. “As long as they successfully complete the course, we cover their costs. And we do internal training, both on our own initiative and with industry trainers that we hire to come in and do education.” The company has also embraced Lean manufacturing principles, including the Kaizen process improvement strategy.

The automotive market has been weak for Anchor Danly since the beginning of the year, following a 2015 that saw ups and downs in demand. But Brisebois believes prospects are good. “The anticipation is that there are a lot of programs coming this year and that it will be busy,” he says. The low Canadian dollar is helping Canadian tool shops hold the line against competition from low-cost Asian shops and US competitors, “but once this market picks up, both the USA and Canada should be busy. It becomes a supply and demand equation.”

One key to success in the automotive market is to understand what the customer wants, Brisebois says. Another is to remain adaptable. “Don’t be pigeonholed into looking at just one industry. Make sure you also invest in related sectors, like heavy equipment, construction hardware, appliance work.

“There’s always going to be opportunity. A lot of shops have grasped that opportunity and are doing well. They’ve made significant investments and they’re getting a return.” SMT