Ready Your Shop for Toolroom Automation

Multiple technologies must work together for equipment compatibility 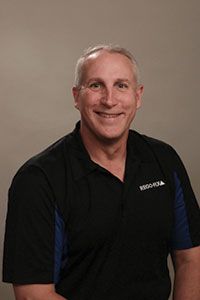 If you’ve dismissed toolroom automation as science fiction, prepare to be proven wrong in the near future. Today’s tool management can run without much, if any, human intervention. The process combines tool storage, robotics, machining cells, programming and tool preparation/presetting to increase productivity and profitability.

Through unattended lights-out toolroom operations, shops can add shifts without increasing their existing workforce. Automation also frees employees from the drudgery of completing and finessing tool setups while it expands the capabilities of less-skilled workers. Here’s what the process requires and how to get the most from its benefits. 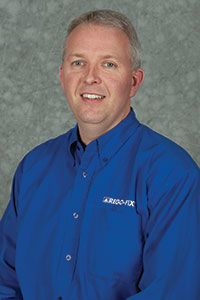 Start with a tool storage and management system
Tool handling automation must identify and address all the locations within a vertical storage system to find each tool for every job. The tool management system collects required tools, places them in a carousel and moves them to a tray, which then proceeds by mobile robotic cart to cleaning and assembly stations.

Robotic automation inserts each clean tool into a collet, assembles and presets it and loads that assembly into a toolholder that then loads into a mobile cart of finished tools. Once the cart reaches the correct workstation, machine-cell robotics move relevant tools into storage carousels. After part machining, automation places used tools into another cart for a trip to a disassembly station. The same system also can automate regrinding.

Obviously, the process requires and generates a constant flow of data, as sensors count tools and RFID tags store data about each one. A fully automated toolroom even extends beyond the shop floor to assure a consistent stock of tools on hand. For example, a robot can trigger an order that maintains a shop’s desired inventory level when it drops too low.

Look for equipment compatibility
Equipment manufacturers have taken up the toolroom-integration challenge, especially because it offers their customers enticing advantages, but to load, preset and unload tools from an automatic clamping unit, a machine tool must conform to the automation system. In the development of an automated tool presetting concept, toolholder supplier Rego-Fix used its powRgrip clamping system toolholders and a modified PGU-9500 automatic clamping unit to work with a Universal Robots articulated robot arm and a Zoller presetter.

Modifications included adding pneumatic cylinders to the clamping unit; altering door designs, valve and button-control systems; and wiring the system to a central terminal block to which the robotic PLC attached. With those changes, the robot could signal the clamping unit to perform press-in and press-out cycles for the tool loading/unloading process, move holders to the presetter for tool-offset measurement and place completed tool assemblies into a finished tray.

Focus on programming
If the physical parts of a toolroom automation system fail to operate properly, the entire process fails with them, but programming remains at the system’s heart. Many automation systems mix products from various manufacturers, prompting shops to develop their own programming code or buy complete systems from collaborations of specialist suppliers. Some shops also implement their own versions of parts of the system, including standardized tool trays. In these cases, shops can ship empty trays to a tool manufacturer, who pre-wraps tools in place, locks them into special cases and ships them back on skids.

Choose tooling that produces reliable measurement data
Data accuracy underlies every aspect of toolroom automation, and anything that interferes with that accuracy complicates the process. Mechanically based clamping systems yield ready-to-use cutter/toolholder assemblies with or without automation.

Look to the future
Big companies will be the first to undertake extensive toolroom automation, given their needs to produce large parts volumes with shrinking workforces and their ability to invest in capital equipment. The developments that result from these large systems will trickle down to smaller companies. The full benefits may not reach small to mid-sized shops immediately, but the technology will arrive sooner than many would have expected even a few years ago.

Shops will save time, increase process accuracy and bridge at least some skilled-labour gaps when the fully automated toolroom arrives. Toolholding systems can help to streamline toolroom automation with technologies that remove production delays and simplify accurate tool measurement. As equipment manufacturers step up to collaborate in building these automated systems, the innovations they create will enhance workflow and profits for shops of all sizes. SMT