A focus on orders from machine shops, examining how they differ from demand across all industries and their correlations with economic data. 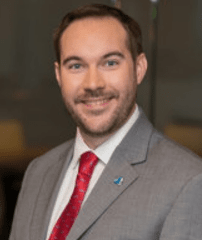 Interestingly, the share of units ordered by machine shops has consistently exceeded the dollar-value share in the past several years. Because of this, the average value of metal-cutting machines ordered by machine shops is, on average, 16% lower than the average value of metal-cutting machines across all industries.

In last month’s column, we examined the correlations between the average value of cutting machines ordered and the unemployment rate at various stages of the business cycle. This month, we’ll focus on orders from machine shops, examining how they differ from demand across all industries and their correlations with economic data.

Not a Popularity Contest – But VMCs Win

In comparing the units ordered by machine shops to the general market’s orders, some interesting trends emerge. Across all industries, the most commonly ordered machine is the vertical machining center (VMC). Machine shops account for 45% of total VMC orders, making VMCs their most commonly placed order. Additionally, machine shops place over half of all milling machine orders, but they represent a far smaller share of total purchases. While the share of VMCs and milling machines ordered by machine shops exceed their share of total orders, horizontal lathes fall below the general share despite being the second-most commonly ordered machine.

Can Drilling Into the Data Cut Through the Noise?

Other than with the unemployment rate, the average value generally did not have the highest correlation coefficient. The strongest correlations tended to be between the net value of cutting-machine orders and their respective economic data series. The dollar value of orders from machine shops had the strongest positive correlation with manufacturing job openings and expenditure on consumer durable goods. Manufacturing capacity utilization was an interesting case, where the strongest correlation was between it and the net orders less machine shops. This could possibly be explained as machine shops generally serving as a relief valve when additional capacity is needed. However, as capacity utilization increases further, OEMs are more likely to increase their own capital investment rather than contract out work in an environment where both lead times and prices are increasing.

The correlations between the USMTO orders and economic data are quite compelling, and more research should be done to determine the direction of causality as well as possible interactions between variables. The relationship between past machine orders and broader economic trends can be utilized to anticipate future machine sales, the need to invest in additional capacity, or the general direction of the manufacturing economy.

The machine order data used in this article is from USMTO, which is released the second Monday of each month.