Tool selection in the days of paper tape and screw machines was simple. A high performance end mill was one made of HSS high in cobalt. Turning and grooving tools were ground by hand. Boring bars were constructed by brazing a chunk of carbide to the end of a tool steel shank. And drills? Most holes were made with Jobber length drills (which were sharpened by hand, of course), but we also used Silver and Deming or even Morse taper drills for the big stuff. Simple, right?

Do me a solid
All that’s changed, of course. HSS is slowly going the way of Gray-Dort Motors. Boring bars have Bluetooth connections and internal dampening mechanisms. And the thought of hand-sharpened, hand-brazed tools is laughable in these days of indexable everything.

Drills have undergone some mighty changes as well. The variety of tool materials, geometries, coatings, lengths, and diameters available is truly staggering, offering far greater productivity than those general-purpose 118˚ wonders of yesterday. This presents machinists and shop management with one simple question: even though you can pick up a nice set of Jobber drills for a good price, should you?

Gary Kirchoff, product specialist at Dormer Pramet, says most holes today are made using one of three basic types of drill: solid, indexable, and replaceable tip. Of these, the term “solid,” refers to both HSS and carbide drills, and regardless of their higher cost, the latter is often the best choice. “We still sell a lot of general purpose drills, but a variety of high performance carbide drills are also available, including our Force X and CDX-series tools,” he says. “Up to about 20 mm (0.787 in.), solid carbide is generally the most cost effective option for precision drilling; most come with through the tool coolant, a 140˚ split point for easier penetration, and a thinned web for improved chip evacuation.” 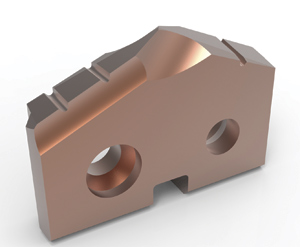 Unlike Jobbers, carbide drills are offered in a variety of lengths, including 3X, 5X, 8X deep and beyond (in some cases, way beyond). Kirchoff says pilot holes are typically not needed except in very deep holes or hard materials, the elimination of which reduces process time. Together with solid carbide’s 4X or higher cutting speeds and increased penetration rates, the choice between HSS and carbide tooling quickly becomes a no-brainer, regardless of cost. And provided they are removed before excess wear or breakage occurs, carbide drills can be re-sharpened numerous times, further justifying the higher investment.

Stay true
As with the others interviewed for this article, Kirchoff recommends minimizing tool runout through the use of a high quality toolholder–hydraulic or shrinkfit are the first choice, although some might opt for a mechanical milling chuck, especially on larger shank sizes and in applications where the drill rotates, as on machining centres and multi-tasking or live tool lathes. High pressure coolant is also advisable, although the pressure and volume should both be sized according to the drill style and diameter–more pressure is not always better.

Also, be sure to select the right drill for the application. As with most cutting tools these days, the one-size-fits-all approach should be discarded in favour of tools designed specifically for the material being machined. In Dormer Pramet’s case, for example, the company offers drill geometries and coatings for stainless steel and superalloys, cast iron, carbon steels, and non-ferrous metals such as aluminum, each of which has its own cutting characteristics.

Luke Pollock agrees. The product manager at Walter USA LLC, he says that when properly set up, solid carbide drills offer the best surface finish and hole accuracy. There’s a caveat, however: steer clear of using them on a CNC lathe, especially those with a double margin flute like the ones on the company’s DC170-series or Titex X-treme drill. “Some people use a traditional solid carbide drill when turning and get away with it, but because lathe turrets frequently suffer from misalignment, you can have problems,” he explains. “That’s because carbide doesn’t really like to bend. With a single margin drill, there’s a little room to move and flex, accommodating any machine inaccuracies. But with double margin tools, there’s far more surface area engaged behind the cutting edge; any misalignment at all and you’re going to lose the drill.”

Going big
For hole diameters beyond what’s possible with solid carbide, Pollock suggests an indexable drill such as the Walter Xtra-tec. “Depending on the size and material, a good indexable can probably hold +/- 0.025 mm (+/- 0.001 in.), and provide a decent finish, especially those with wiper inserts on the outer margin,” he says. “And with indexable drills, we’re usually talking about larger diameters, so the tool is sturdy enough that it can handle interruptions and uneven exits without being influenced by them.” 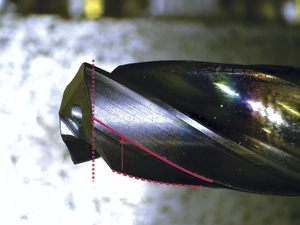 The other cool thing about indexables (besides an arguably lower cost per edge) is their switch hitting capability, at least on a lathe: once the hole has been drilled, it’s easy to offset the drill in the X axis and use it as a boring bar.

Regardless of the machine on which they’re used, indexables generate higher cutting forces than do solid carbide drills, not only at the spindle but also in the Z axis–be sure your machine has enough horsepower and thrust to handle the task. Another thing to be sure of is tool life (a statement that applies to most machining operations), as pushing a chipped or worn insert just a bit too far can easily spell disaster for a drill that costs several hundred dollars, with little chance of repair.

Properly managed, however, insert drills bring one additional benefit besides lower tooling cost: because replacing two or four inserts is much faster than replacing an entire drill, changeover is reduced, thus increasing uptime (this assumes, of course that you’re not using quick change tooling and offline presetting, something that all smart shops do).

The middle ground
Depending on the manufacturer, carbide drill diameters range from a fraction of a millimeter to roughly the width of your thumb (about 20 mm, or 0.787 in.), maybe a bit larger. Indexables down to about 12 mm (0.472 in.) are available, and go up to 50 mm or so (1.97 in.). There’s some overlap between the two, but not much, making any discussion on the pros and cons of each limited–where carbide leaves off, indexables begin. There is, however, an increasingly popular middle ground, one with a far broader size range and a best of both worlds capability.

They’re called replaceable tip drills. Dormer Pramet offers one (it’s called the Hydra), as does Walter (the Xtra-tec Point Drill). Both offer a screw-on, disposable tip design (some manufacturers offer tips that can be re-sharpened several times) attached to a through-the-tool-coolant steel body. “In general, replaceable tips are going to behave more like a true drill,” says Pollock. “The cutting forces will be in an axial direction rather than a radial one, as seen with an indexable. And because it has a conventional drill point, it’s going to be better at self-centering and penetrate the material more effectively.”

Allied Machine and Engineering Corp. has its own version, the GEN3SYS and GEN3SYS XT. According to product manager Rob Brown, replaceable tip drills often penetrate at a rate very close to solid carbide and substantially faster than an indexable drill, with equivalent or (in the case of indexables) better hole quality besides. “In some cases, a solid tool will actually burnish the hole somewhat, improving the finish and accuracy. This doesn’t occur with other types of drills. But in most cases, the performance of a replaceable tip will be comparable to a solid tool, only without the high investment costs.”

Calling a spade a spade
Brown says the GEN3SYS is meant to be used and then recycled. This eliminates the problems that frequently crop up with re-ground tools, whether solid carbide or replaceable tip. “The design intent is that of a Bic lighter: use it up and throw it away. That’s not to say you

can’t regrind them, it’s just not recommended, and is a little less predictable than using a new tool.”

One final recommendation from Brown is this: don’t discount spade drills, a technology that’s been around longer than any of the carbide or carbide-tipped drills mentioned thus far (predating even numerically-controlled machine tools). Using a screw-on blade similar to but simpler in design than that of replaceable tip drills, spade drills are available in diameters up to 114 mm (4.5 in.) or more, in HSS, cobalt, and carbide. “We still see a lot of call for them,” says Brown. “Spade drills can be very productive, although they do require a
fair amount of power to drive. But in the right application, they’ll outperform replaceable tips, indexables, and solid carbide alike, often at a lower cost per hole.” SMT