The Problem: Succeeding in a competitive market
The Solution: Investment in automation, standardized processes

Among the 700 Canadian companies involved in Canada’s aerospace sector, the Meloche Group is setting an example, putting automated and standardized processes in place to drive efficiency and improve quality. The result: standing contracts with global players like Bombardier, Magellan Aerospace, and Airbus.

“For us, automation is the key to being competitive worldwide for the parts we produce,” says Guillaume Desrochers, technical development engineer at Meloche. “We’ve been working for many years on standardizing our processes. We started a project last year to combine all parts with a similar process. It also includes any operation before and after machining.”

That meant that Meloche, which is based in Salaberry-de-valleyfield, QC, re-engineered its thinking so it had more of a contract shop mindset, with a heavier focus on overall processes that can make individual jobs more efficient. A big part of this shift is a move to greater reliance on a production cell for its job shop instead of machining centre cells. That cell will be flexible enough to help Meloche with overload or maintenance problems created by the other production cells. “By reorienting our parts in different production cells, we can reduce the quantity of exceptions to deal with during the planning process,” says Desrochers. “The production cells have their own rules and standards. It will help to increase the flexibility and the quality of our parts. And if we need to add a cleaning and deburring station or any operation near the machine, this will be included in our layout.”

Meloche machines a range of materials, including aluminium, Inconel, titanium, stainless steel, steel and composite material. The company performs small size cast machining or solid bar machining, and has benefited from the design of a common base and rules for its post-processors, allowing for more automation. “This has allowed us to transfer more control to the NC controller, with our NC operators having more oversight over the process,” says Desrochers. The result is a cleaner NC program, driving more value and reducing the amount of detail to be revised, with the company able to continue with improvements without changing its NC program.

Engineered for flight
Meloche is active in three main areas: aerostructure, aero-engine, and engineering. The aerostructure sector is highly competitive, with Meloche Group preferring to focus on more complex areas.

“With aerostructure we have integrated processes such as engineering, machining, treatment, paint assembly, and NDT,” says Desrochers. “As an example, sometimes we find problems when painting a part. We can quickly adjust our machining strategy to avoid those finishing problems.” 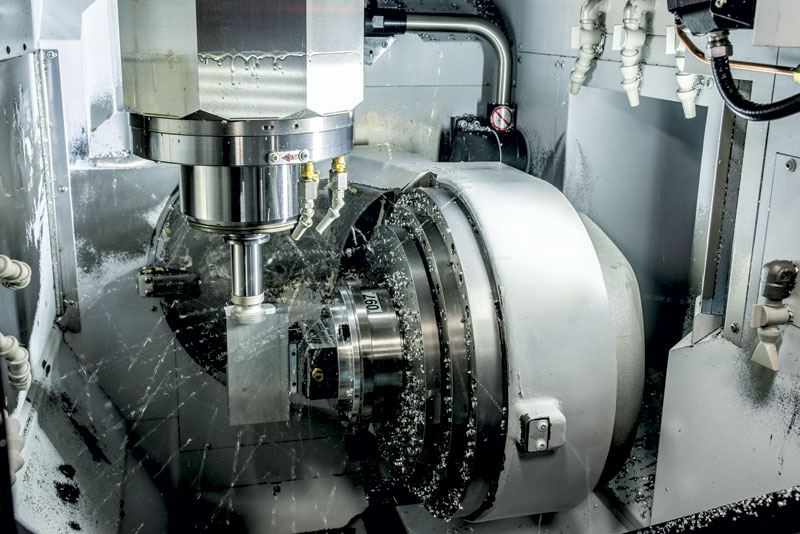 Within aero-engine, parts often require a specific setup and tools. To handle this, Meloche sets up a special production cell, and then defines the optimized processes required for the part family. “We acquired two specialized Mori Seiki (now known as DMG MORI) NMV-3000s for these parts. These machines have a built-in 100 pallet magazine and a 240 tool magazine. For each new part, we ensure manufacturing parameters are under control before releasing them to full production. Because the fixtures and the tools remain in the system, it allows us to manufacture very complex parts in lights-out mode.” 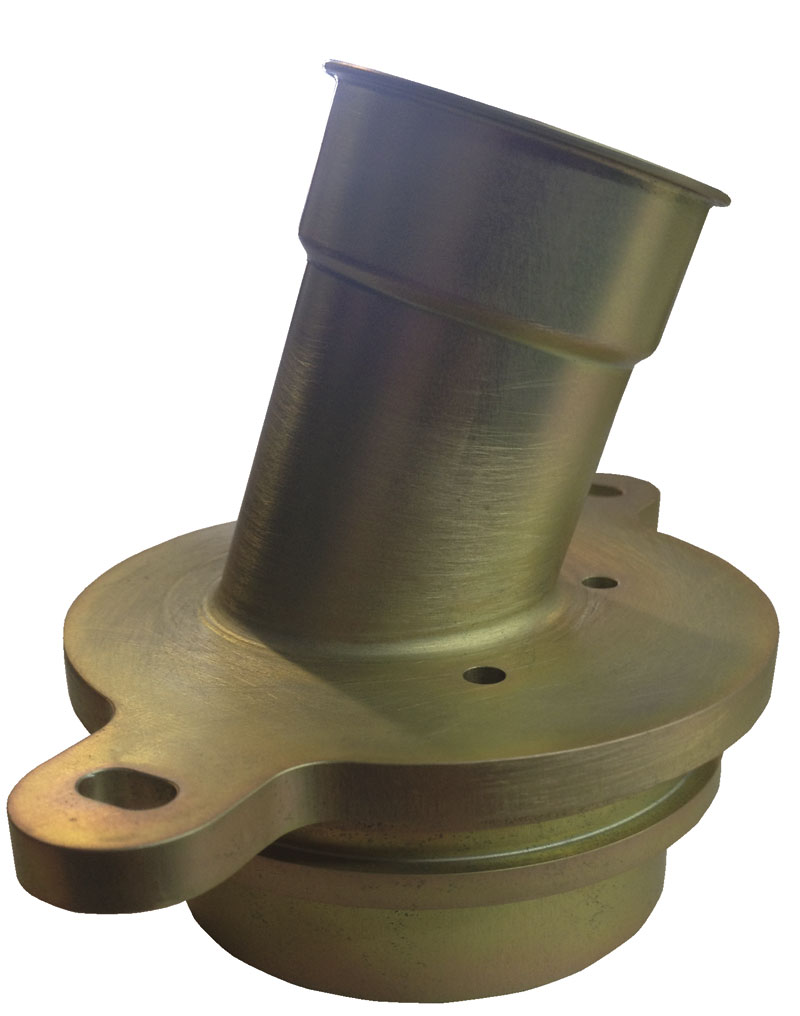 Meloche’s engineering services are then oriented to support its manufacturing processes with an eye to its customers’ requirements. Customers can get help when developing their products for production, with Meloche able to leverage its internal knowledge base.

“One example was a moulded fitting with a very long lead time,” says Desrochers. “We helped our customer redesign the parts to be machined from solid aluminium instead of casting. The customer gave us the fit and function requirements of the parts, and we gave back the machining constraints and limitations.”

The result? A lead-time that had been 40 weeks or more was reduced to four weeks. Meloche’s ongoing work on its post-processor, tooling, and simulation has made the company more efficient when developing new processes, which frees up more time for part optimization. SMT