In Asia, small is big when it comes to machine tools, and the trend toward more compact, but also more powerful multi-task and multi-axis machines was in evidence at JIMTOF 2012, held November 1-6 in Tokyo, Japan, at Tokyo Big Sight.

The event, which celebrated its 50th anniversary this year, is Asia’s largest trade show for metal product manufacturing, with an estimated 120,000 expected to attend to see the 816 exhibitors. The show is organized by the Japan Machine Tool Builders’ Association.

Shop Metalworking Technology had the opportunity to visit JIMTOF as part of a DMG/Mori Seiki press tour. 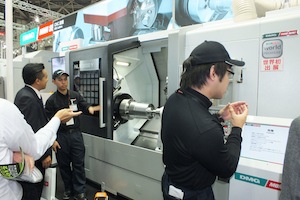 While there is always a need for large machine tools for large parts−and there were many on display−builders are increasingly designing machines, where possible, with smaller footprints, and integrating them with compact, but more powerful machine components, such as drives, spindles, tool changers and material handling systems. 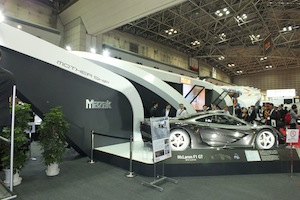 At the DMG/Mori Seiki booth, where, not surprisingly, this editor spent some time, there were several examples of this trend. The company’s booth was the largest one at JIMTOF, measuring 2,340 sq m (7,677 sq ft). There were 32 machine tools, many of them world premieres. Among them, the NLX series (CNC lathes with milling), equipped with compact integrated automation−a gantry loader/work piece storage and Magnescale precision work piece measuring, designed into a small space. Another machine included the new Sprint with a “cross traversable counter spindle/tailstock” combination machine that has a 37 per cent smaller footprint than previous models. One of the highlights was the MillTap 700, the first joint development machine from DMG and Mori Seiki, designed with a 30 per cent narrower installation width and 10 per cent smaller footprint compared to other manufacturers with similar machines. 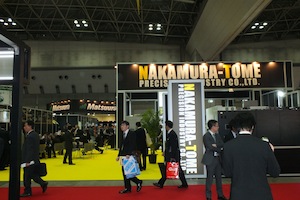 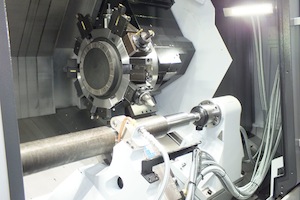 Many other exhibitors debuted world premieres of machines and highlighted other machines introduced earlier at the International Manufacturing Technology Show (IMTS) in Chicago, IL, in September. For instance, Nakamura-Tome introduced its Super NTMX/MX-5 mill turn machine (the company is represented in Canada by Elliott-Matsuura Canada Inc.), equipped with two automatic tool changers (24 tools in each), and a 230° B axis positioning range. Another machine highlighted by Mitsui Seiki that reflects the trend more compact and more powerful machines is the Vertex 550 5X, a five axis vertical machining centre with a small footprint of 65 sq ft and a working envelope of 500 mm x 600 mm x 500 for X, Y and Z axes.

With the backdrop of the Japan nuclear power plant disaster, it’s not surprising that energy reduction was a focus for many exhibitors. As the Japan Machine Tool Builders’ Association notes, “the domestic manufacturing industry has been facing a significant problem of higher electrical supply costs in addition to unstable power supply…” and machine tool builders are introducing energy-saving designs, such as “high efficiency motors, transition from hydraulic pressure to electrical power, and lighter weight drive components.”

DMG/Mori Seiki has taken this energy saving concept a step further with its Energy Solutions business, which offers solar (SunCarrier) and wind (WindCarrier) systems to help customers reduce electricity costs. The company’s Iga plant uses the technology to generate part of its own electricity for running the sprawling 575,000 sq m site. The site produces 200 to 250 machines a month and is capable of shipping 16 machine tools daily.

The next JIMTOF 2014 will be held October 30 to November 4 at Tokyo Big Sight, Tokyo, Japan.