A Canadian firm with an innovative high speed robotic weld cladding process has received a Japanese patent and is on its way to obtaining a European patent to expand the use of the process around the globe.

Shop Metalworking Technology featured the technology in September 2016, and we spoke to the man behind the technology, Tennyson Harris, president of Technical and Automation Help (TAH) Corp., Brampton, ON, to find out about new developments.

“The patent in Japan will allow us to have a foothold in the Asian markets. We’re in the process of obtaining a patent for Europe as well, and we are in discussions with several larger manufacturers in the US to adopt this technology,” explains Tennyson.

Tennyson and his team developed the high speed robotic weld cladding system to address wear and corrosion issues for a variety of markets such as tube and pipe, structural steel, shipbuilding and nuclear energy.

“This system is designed for most structures that suffer from corrosion so it can be adopted for bridges and bridge components, low alloy construction steel, pipelines, the nuclear industry, military, shipbuilding and other infrastructure that would be vulnerable to corrosion. This process could even be used to clad patio chairs so they can have longer life,” explains Harris. However, Harris says that his technology can be used on various combinations of robot and welding systems.

“As long as the equipment provides us with the output we need – and the specific output is a trade secret – we can use it. The robot has to have high accuracy of 0.004 thousandths of an inch repeatability and the welding system has to have the ability to put down a lot of material generating very little heat.”

The high speed robotic cladding system is a robotic bonding system that can be welded out of position, with zero rotation of the part, to produce a better quality product using a safer and less costly process, explains Harris. The tandem MIG/MAG process deposits cladding material at high speeds onto materials using a robot. The process can work on any six axis or higher axis robotic automation platform.

“When you are cladding at low speeds of 5 ipm with a MIG/MAG process you typically will buy a positioner to keep the parts in the flat position. But with our process, we don’t need a positioner; we keep the part stationary to allow for horizontal and vertical cladding, which is more accurate and less costly because  you need to purchase a positioner,” explains Harris. 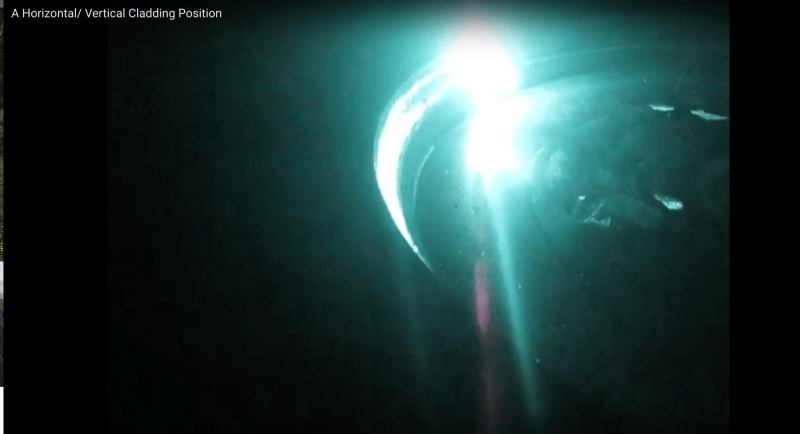 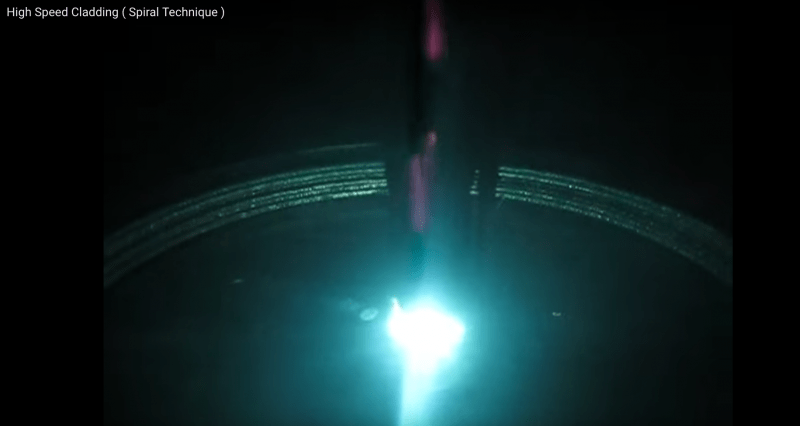 Harris adds that what makes the process unique is the speed at which the cladding can be performed. While typical MIG/MAG weld cladding systems will travel between five and nine inches per minute to achieve the metallurgical bond, TAH’s system travels over the nine inches and can go much higher if necessry.

“With existing cladding processes, if you go faster, you generate defects and then you have to counter those defects. With TAH’s Invention, defects are eliminated. Also, some current processes must be interrupted so that the material can cool down, in which case, you end up with a poor quality product and wasted time. I can increase the cladding speed and still get better metallurgical bonds, better heat input and can put down materials twice as fast while reducing operation time per part,” says Harris.

Harris adds that achieving a patent in Japan is a significant milestone for the company and will help the company to create a strong foothold in Asian markets.

“Japan is well known for its metallurgists and its automation. Just think of the robotic companies like Fanuc, and Yaskawa Motoman; they’re from Japan. So our automated welding cladding process is a good fit for industry in Japan.”

The technology is not expensive, adds Harris.

“At present, we’re taking off-the-shelf equipment and enhancing it to make it work better so that lessens the cost. There is a fee to obtain our license but the ROI is very quick because you can more than double your throughput in some instances. And, there will be an increase in productivity, which allows for growth in plant capacity.”