Ford Motor Company has kicked off the official start of production of its new 2015 Ford Edge, that will be built at the company’s Oakville, ON, facility. To support the production, the company has hired 400 employees to supplement the 1,000 people it hired last year.

With an investment of $700 million, the Oakville Assembly plant has undergone a retooling and expansion, transforming it into one of the most competitive and advanced global manufacturing plants in Canada. 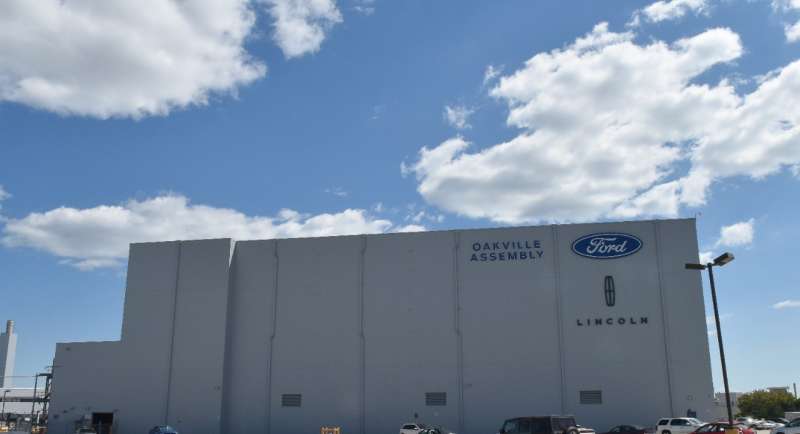 “The all-new Ford Edge is a true global vehicle and a showcase of Ford’s product excellence,” says Joe Hinrichs, Ford’s president of the Americas. “Thanks to the new capabilities at Oakville Assembly, the 2015 Edge delivers improved driving dynamics, quality, quietness, interior space and even more technology, and we are proud for our Canadian team to start bringing Edge to customers in even more markets around the world.”

The Ford Edge will eventually be shipped around the world, from North America and South America, to Asia, Africaand the Middle East. With the addition of right-hand-drive and a diesel engine, the Edge will also be exported for the first time to Western Europe.

The enhancements at Oakville Assembly will enable Ford to shift production more quickly and efficiently to meet increasing consumer demand. Worldwide demand for utility vehicles is up 88 per cent since 2008 and utilities now account for 19 per cent of the global automotive market, with the segment expanding more than three times the rate of the vehicle industry overall.

n Europe, the utility vehicle segment grew from nine per cent market share in 2008 to 21 per cent in 2014. In the United States – Ford Edge’s biggest market – the vehicle has been the best-selling five passenger crossover utility for seven out of the eight years since its launch.

“We’re proud to show the world advanced manufacturing right here in Canada and look forward to serving new global customers,” says Dianne Craig, president and CEO, Ford Motor Company of Canada, Ltd. “The Oakville Assembly team has worked relentlessly to deliver a quality product to the highest standard–from bringing in the best of Ford’s manufacturing technologies to training new employees across the facility.”

OUTLOOK 2023: Automotive metalformers warned to buckle up for an initially bumpy ride