Canada’s economic recovery is well underway and is outpacing the recovery of most developed nations, according to Pierre Cléroux, vice president of research and chief economist at Business Development Bank of Canada (BDC).

Cléroux, who made the comments at the Canadian Association of Mold makers annual general meeting, said that while we are indeed in the midst of a global recession, Canada’s manufacturing sector is poised for an encouraging year in 2021.

Global GDP growth forecast to take a 4.4 per cent dip in 2020—it’s first foray into negative territory in six years—Cléroux says a bounce back to 5.2 per cent global GDP growth is predicted for 2021.

“4.4 per cent doesn’t sound like a big number, but it’s actually worse than 2008-2009,” he said during the webinar meeting. “The Impact of covid19 has been severe around the world with almost every economy taking a hit, with the exception of China, which is going to have positive growth this year of about 1.8 per cent.”

BDC forecasts the U.S., Germany, Japan and Canada will all see contraction around five per cent, while some countries in Europe will see worse contraction – almost 10 per cent.

“The biggest concern right now is new COVID-19 cases in the U.S., which appears to be starting into a third wave of the virus as you look at the seven-day moving average of new cases-per-million people. So far their recovery has been good but if they can’t control the number of new cases it will slow down the economy.”

As of July 2020, BDC says Canada was at 94 per cent of its monthly GDP compared to pre-pandemic levels in February. In terms of jobs, we have recuperated 76 per cent of the three million jobs lost during the second quarter of 2020.

Ontario’s economy has recuperated 96 per cent of its lost jobs, with the manufacturing sector actually employing more two per cent people than it did in February 2020, a result largely driven by the automotive sector.

During the lockdown, automotive manufacturing sales plummeted to $13 million, but as of August 2020 that rebounded to $4.4 billion, back to the pre-crisis levels. August numbers reveal that vehicles and automotive parts makers exported four per cent more than in February 2020. 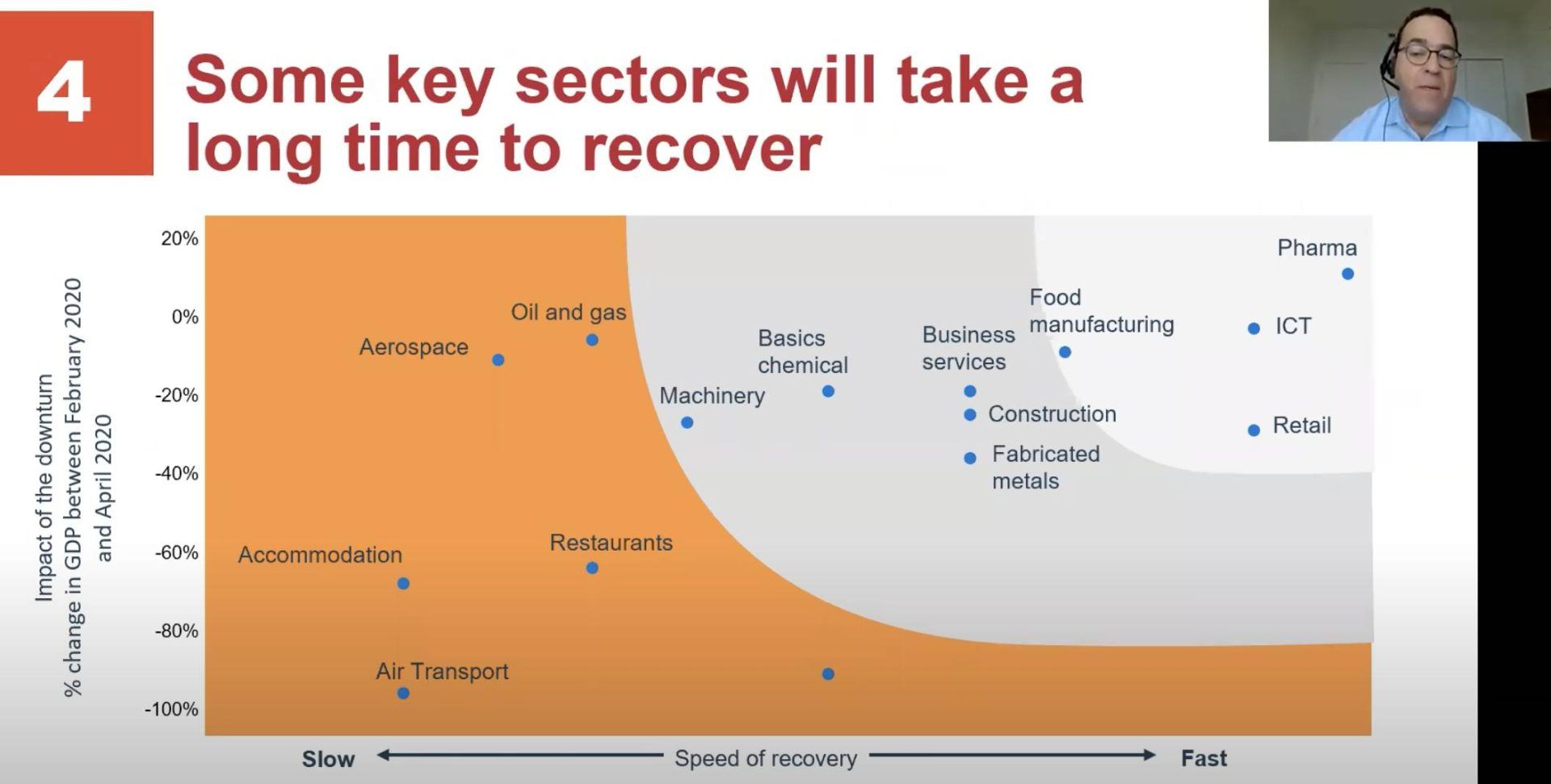 Cléroux warns that the rest of the recovery is going to take longer, because the pandemic is not over yet, consumers will remain cautious with their spending, business investments are down and key sectors such as aerospace, oil and resources will take longer to recover.

The current surge in cases, which is actually stronger now than at the beginning of the pandemic, could result in a broader lockdown and is the biggest concern about the full recovery.

He says that if everything goes well and Canada can control the second wave of the virus without closing the economy again, the Canadian economy will fully return to pre-crisis levels in the first quarter of 2022.

If we can’t control the virus and we must put portions of the economy back in lockdown, that could delay the recovery until 2023.

“The recovery depends on how we deal with the virus, that’s going to be critical,” cautions Cléroux. “Today, with the information we have, we are still optimistic and should be back at the beginning of 2022.”