Centennial College celebrated the opening of its new Downsview Campus Centre for Aerospace and Aviation in Toronto.

As part of the development, the college relocated its aviation technician programs to the new campus and introduced new programs in aerospace manufacturing. 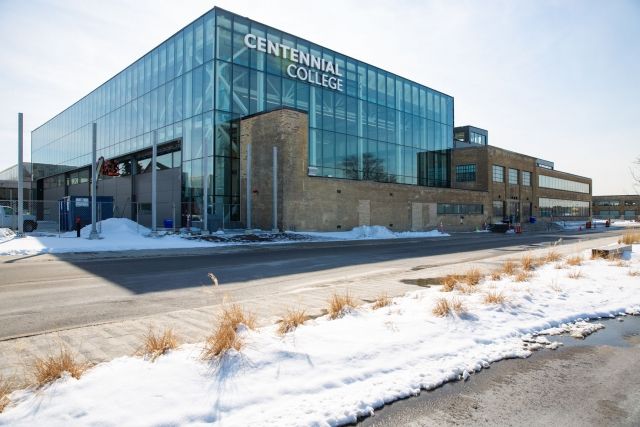 At the grand opening on April 25, Bombardier Commercial Aircraft announced the donation of a CRJ200 aircraft to the aviation program.

The CRJ200 is the first one of its kind at Centennial College’s Downsview facility hangar, it is also the biggest plane as well as the first ever commercial aircraft to be received at the site. The aircraft will allow students not only to have a hands on experience with CRJ Series technology, but also to learn on a bigger scale, furthering the level of expertise made available through the Centennial College Aviation Program.

“Advancement and innovation have always been at the forefront of Bombardier’s values,” says Fred Cromer, president, Bombardier Commercial Aircraft, “which is why we are honoured to present Centennial College with this CRJ200 aircraft. This donation represents not only an opportunity for the Toronto aerospace sector to grow but rather for the whole of Canadian Aerospace, which will surely benefit from it today. We are at a crucial moment in Canada where the aerospace industry is building up steady growth and the demand for skilled workers is also rising. At Bombardier, we want to do anything we can to help and improve present and future generations of aerospace workers in Canada.”

The new campus is the first phase in the development of an Aerospace Hub at Downsview Park. Once completed, the facilities will be combined to create an Innovation Centre, bringing academic and industry partners together for R&D initiatives. 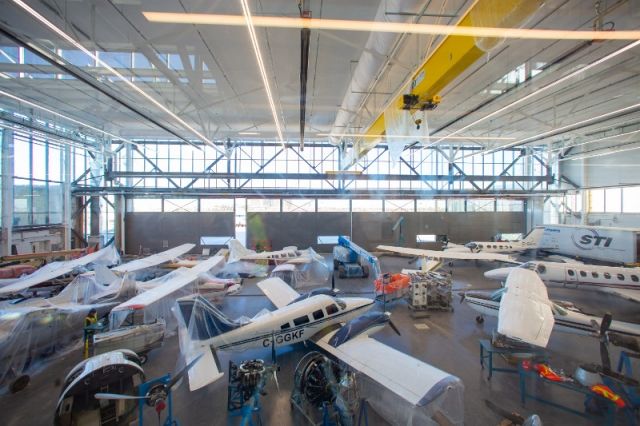 The programs at the college launched last September, according to Patrick Kelly, dean of Centennial’s School of Engineering Technology and Applied Science, who told the Toronto Star last year that the two-year technician and three-year technology programs were developed in conjunction with industry partners in the aerospace sector. The four-acre campus is the new home of Centennial’s aerospace technology programs located on the historic site of de Havilland of Canada. The $72-million project repurposes the de Havilland building with selective demolition and new construction to create 12,700 sq m of instruction space, including classrooms, labs and workshops, two aircraft hangars, offices, a library and food service under one roof.

The Ontario government contributed $25.8 million towards the project, while Ottawa granted $18.4 million in Strategic Investment Funds; the college and its partners and donors funded the remainder. Centennial moved its aircraft and avionics technicians from its Ashtonbee Campus in Scarborough in early January. The much larger teaching space will allow enrolment to grow from 300 to more than 900 students, as aerospace graduates are in high demand across Canada and around the world.