The global aerospace sector is poised to enter an era of unprecedented growth, and Canada’s aerospace industry may be one of the best positioned in the world to reap the benefits.

Jim Quick, president of the Aerospace Industries Association of Canada (AIAC) points to 20-year market forecasts released by aircraft manufacturers Airbus SAS and Boeing Co. last July at the opening of the Farnborough Airshow in the U.K.

While the forecasts differed slightly, they were both definitely upbeat. Airbus foresees a need for more than 33,000 new commercial aircraft with more than 100 seats by 2035–an expenditure of US$5.2 trillion that will more than double the size of the global fleet from what it is today. Boeing predicts a need for more than 39,000 new aircraft–a US $5.9 trillion expenditure–though its forecast does include smaller regional jets.

Quick points out that some segments of the aerospace market, such as helicopters and business jets, aren’t as dynamic right now as commercial airliners. But despite the dominance of Bombardier Inc., whose presence alone puts Canada in the top ranks of aerospace nations, Canada’s aerospace sector is advanced and diversified enough to more than weather any softness in particular segments.

“Maintenance, repair and overhaul–MRO–continues to grow,” Quick says. “It’s now 30 per cent of the Canadian aerospace industry. And our supply chain exports have grown by about 20 per cent over the last 15 years. We don’t build aircraft and parts for aircraft for Canada; we export 80 per cent of what we make here, and 60 per cent of that goes directly into the global aerospace supply chain.” 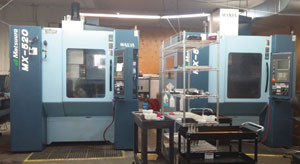 Canada’s aerospace sector is one of the country’s key economic drivers. It contributed $28 billion to Canada’s GDP in 2016, supporting 208,000 jobs. And the importance of the industry is recognized in Ottawa, which supports the aerospace sector through special programs–and as a matter of national policy.

“The new defence policy has a very aggressive procurement plan on the air side,” Quick says. “Defence procurement is a big deal. And there’s the government’s new Innovation Agenda. Our industry turns on innovation. We’re the top innovators in manufacturing in Canada.”

In June AIAC, together with Innovation, Science and Economic Development Canada (ISED), released the “2017 State of Canada’s Aerospace Industry” report. The report found that aerospace is the most innovative sector in all of Canadian manufacturing, accounting for nearly 30 per cent of all manufacturing R&D investment in 2016 (in 2015 the sector’s total R&D expenditure was $1.9 billion).

The government seems to be prepared to back innovation in a big way. Ottawa’s new Innovation Agenda will invest $950 million over five years to develop “super clusters,” technology business hubs to attract innovative companies from around the world.

“When the government announces a program designed specifically for innovation, we take that as being targeted directly at the aerospace sector,” Quick says. “And putting a billion dollars into innovation is very significant.”

CARIC brings together industry, universities, colleges and research institutions to target strategic aerospace technology areas and foster collaborative research and development. “The new national research and technology network has been a tremendous success story for us, and allows us to continue to be a global aerospace leader,” Quick says.

The supply side
AIAC is actively engaged in helping aerospace suppliers gear up to meet the coming demand, Quick says. “A lot of programs that we have with government right now are very much designed around making sure the supply chain is ready. We are very focused on government programs and policies that will allow our companies to grow–we call it ‘upscaling.’ The relationship we have with the government is focused on how we can take on a bigger global footprint, and on the kinds of things government needs to do to support a world-leading aerospace industry.” 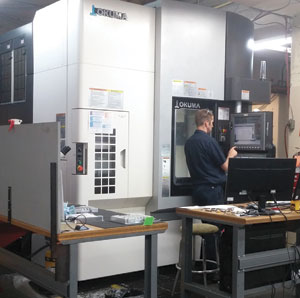 There’s a real opportunity for aerospace suppliers right now, Quick says. But suppliers will have to focus on a couple of key areas. First, they will have to ‘upscale’–they have to be willing to take on risk and handle larger work packages.

“They have to be trying to solve problems for manufacturers, helping to reduce costs, and doing whatever they can to help with on-time delivery. Those are some of the things companies are looking for in their supply chains.”

For smaller companies that want access to the Tier 1s and Tier 2s in aerospace, upscaling is more than a question of size. “What we mean is that just because you have a technology or you produce a product, that doesn’t mean you can get into the supply chain,” Quick says.

“Companies are looking for more than that. What they want are suppliers that are revenue-stable, that have quality control systems, that can show some R&D investment. This is what the Tier 1s and Tier 2s—and even the OEMs—are looking for. You have to think not just about what product or technology you’re offering but what kind of company you are, and how do you meet the needs of those larger companies?”

Quick believes that Canadian suppliers are already well positioned when it comes to quality control capabilities. “Canada is rated number one in terms of productivity among all aerospace nations, and that’s because we already have those quality improvement and control programs inside our companies.”

When he spoke with Shop Metalworking Technology, Quick had recently visited some smaller-sized companies that were focusing on upscaling. “A big focus for them was how to take on more work and improving quality; the companies they were selling to had come back to them to say they liked the work and that they wanted them to take on more.” One machine shop in the Ottawa area was doubling its output by focusing not just on technology innovation, but process innovation.

The combination of technology and process innovation is something that Ryan Jantzi, CEO of B&R Custom Machining in Cambridge, ON, understands. B&R manufactures satellite components and has also built parts for the upcoming ExoMars joint EU-Russia mission to Mars.

Having the right equipment is obviously a big part of the equation. B&R recently invested in new Matsuura and Okuma five axis CNC machining centres to add to its impressive seven axis mill. “Very accurate, very proficient machines is how we’ve opted to go,” Jantzi says.

But improvements on the process side are just as important, and may be more challenging. B&R is certified to the AS9100C aerospace quality management system, but it has also developed its own methodology that combines continual quality improvement with enhanced productivity: Synergy 601.

If one person is spending a lot of time wrestling with a problem, and someone else in the organization already knows the answer, the goal is to get that other person involved as quickly as possible. Built-in process checkpoints provide an opportunity to red-flag the problem and get others involved quickly.

“I think most people would agree that the whole aspect of quality is a comprehensive approach that deals with running every aspect of your business well,” Jantzi says. “And it’s the weakest link that often reveals the quality issues that can come up. So you need a continuous state of iterating your processes to strengthen your quality.”

Easier said than done, of course. For Jantzi it comes down to achieving what might at first seem to be mutually exclusive personal qualities: confidence and humility.

“You have to be confident in your abilities,” he says, “but you also have to be humble enough to admit when things aren’t working and adjust them. You have to be able to be honest with the customer and tell them what you believe is true, but at the same time you have to be open to correction and to change–open to the possibility that your own process may be dysfunctional in some way.

“We’re seeing good success with what we’re doing, but we have a lot to learn still.” SMT