In a world where technological changes are occurring at a dizzying rate, no company can be an expert in every area. Partnering with companies with expertise in different technology areas is the best way for suppliers to provide manufacturers with comprehensive solutions for customers. This collaborative approach was clearly evident at IMTS 2016.

Mazak, Cisco and Memex. DMG MORI and Microsoft. Makino and Predictronics. Rego-Fix, Schenck and Zoller. These are just a few of the collaborative partnerships among some industry suppliers.

The digital manufacturing age, which is about collecting, managing and analyzing data via Internet-based platforms to help improve processes and productivity in the shop, introduces cyber security risks and builders like Mazak and DMG MORI are addressing the concern by partnering with Cisco and Memex (Mazak’s SmartBox) and Microsoft (data security via DMG MORI’s Celos machine tool control system) respectively. Both builders have partnered with companies that provide security for the handling and management of manufacturing data in the cloud. 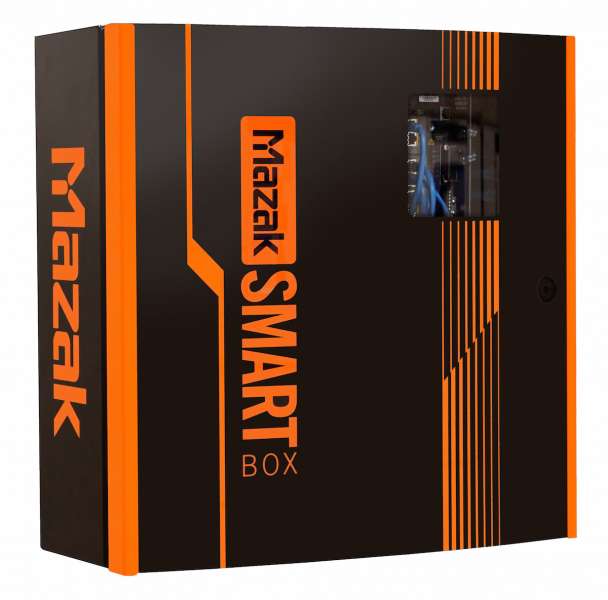 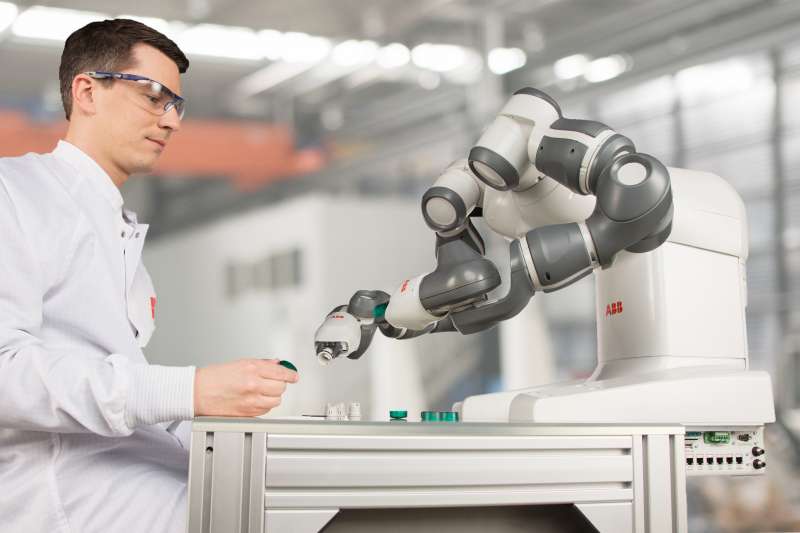 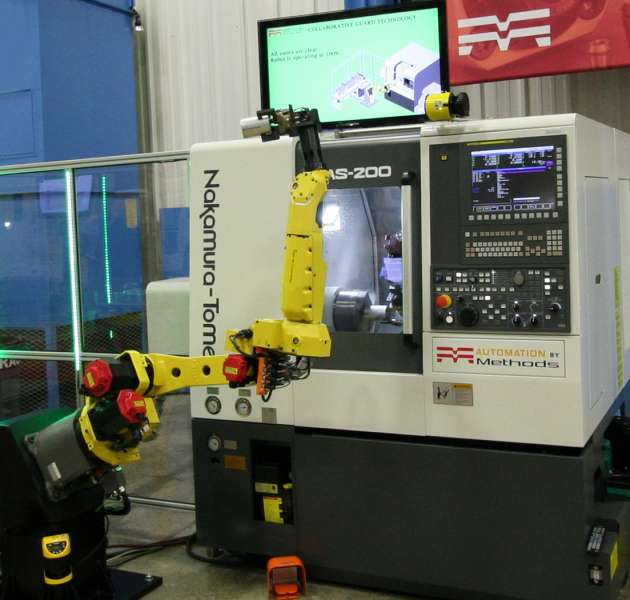 Still others, like Makino, are partnering with Predictronics, a company that specializes in software and systems for data acquisition, management, prediction and analysis. Makino is in the midst of developing algorithms with its partner that will allow users to predict mechanical failures and unplanned downtime.

Okuma, the company behind the Partners in THINC, today a collaboration of more than 46 companies that provide metal cutting solutions using an open architecture, PC-based software platform, is partnering with Velocity Products, Briney Tooling Systems and BlueSwarf to offer users of Okuma machining centres the “Velocity Smart Tool,” an integrated toolholder and cutting tool assembly that uses a BlueSwarf Tool Dashboard that allows a customer to test multiple cutting tools to determine the best possible cutting performance before they even purchase a tool.

Industry suppliers aren’t just partnering with “smart” companies but with other industry suppliers to create more sophisticated, integrated solutions on the shop floor. One example is Rego-Fix, which has partnered with Schenck RoTec to create an integrated tool balancing system (Tooldyne) for its tooholders, and has also partnered with Zoller, which developed the Zoller Venturion equipped with Rego-Fix’s powRgrip that combines presetting, measuring and clamping in one machine.

Many of the technologies that debuted at IMTS evolved around the concept of smart factories: the next generation of collaborative robots, automation and software that are making smart factories even smarter. Robotics suppliers such as Fanuc, Universal Robots, Yaskawa Motoman, KUKA and ABB had new generation collaborative robots on displays, user-friendly robots that can do more, faster and more efficient than previous models. Fanuc, for instance, showcased what it claimed was the industry’s first 35 kg payload collaborative robot that works with humans in a shared workspace without safety fences. KUKA introduced KUKA Connect, a new software platform that connects KUKA robots to the cloud, allowing users to access and analyze their robots’ data on any device, anywhere. 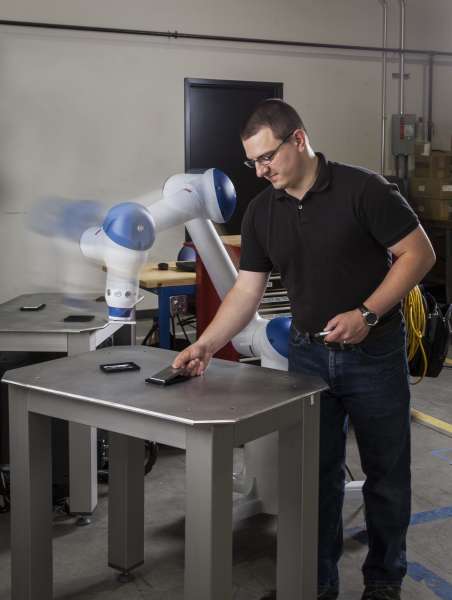 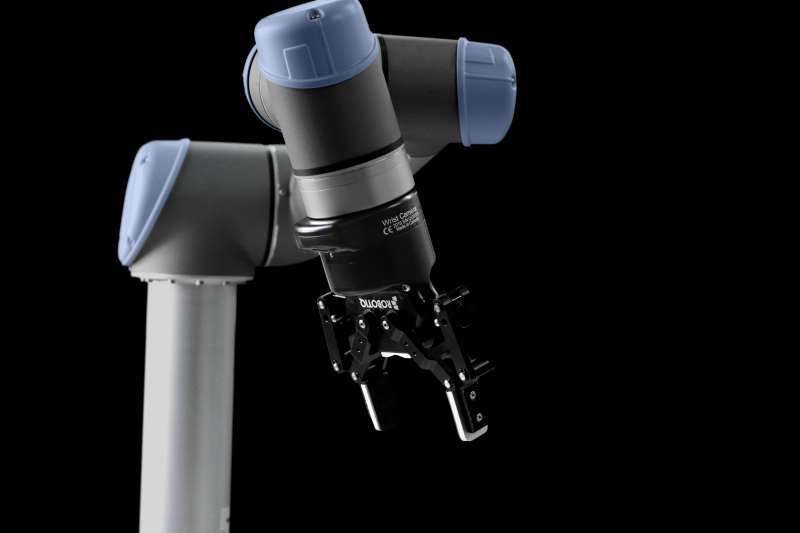 The “smarter factory of the future” was a common concept among many companies at IMTS, including Sandvik Coromant, which launched its CoroPlus suite of Industry 4.0-enabled tools. “With sensor-equipped tools [manufacturers] can adjust, control and monitor machining performance in real time,” says Göran Näslund, head of digital machining. “The entire machine shop can be controlled via accurate on-site data dashboards, through the cloud and via integration with the user’s software and machine environment. CoroPlus connects into existing software environments through open APIs, offering two-way connectivity and accurate data quality.” 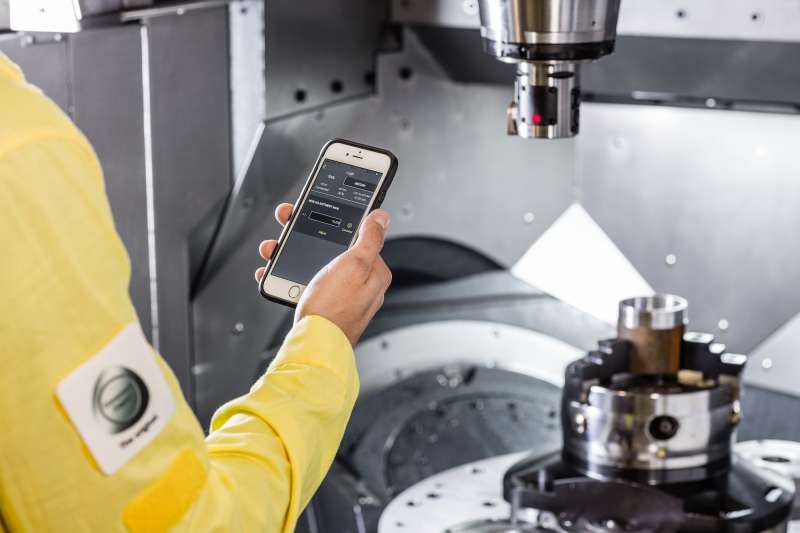 While additive manufacturing continues to be a big buzzword and a growing reality in manufacturing, an equally growing trend is the move to fully automated systems. There was an abundance of examples of fully automated systems from lights out machining cells with tooling storage systems able to detect problems and correct them to part picking, sorting and packing systems working alongside collaborative robots. At the top of automated echelon of technology is the autonomous concept and at IMTS Olli stood out as the highlight of technological achievements in this area. Olli is a self-driving vehicle from Local Motors, a US manufacturer developed out of the company’s community challenge to create an intelligent vehicle for use in urban areas. The vehicle allows riders to set pickup and destination locations through an app and acts as an “on-demand” version of public transportation, notes Jean Paul Capin, CFO of Local Motors.

“Olli is sleek, comfortable, and super high-tech,” says Peter Eelman, Vice President – Exhibitions & Business Development for the Association for Manufacturing Technology (AMT). “Think of the future. Olli may take you from your downtown hotel to McCormick Place in 2018!”

The pros and cons of bringing additive manufacturing in-house

Should you bring Additive Manufacturing in-house or outsource it?

Quality control the next frontier in metal 3D printing

Additive manufacturing to surpass US$41 billion by 2033, says IDTechEx